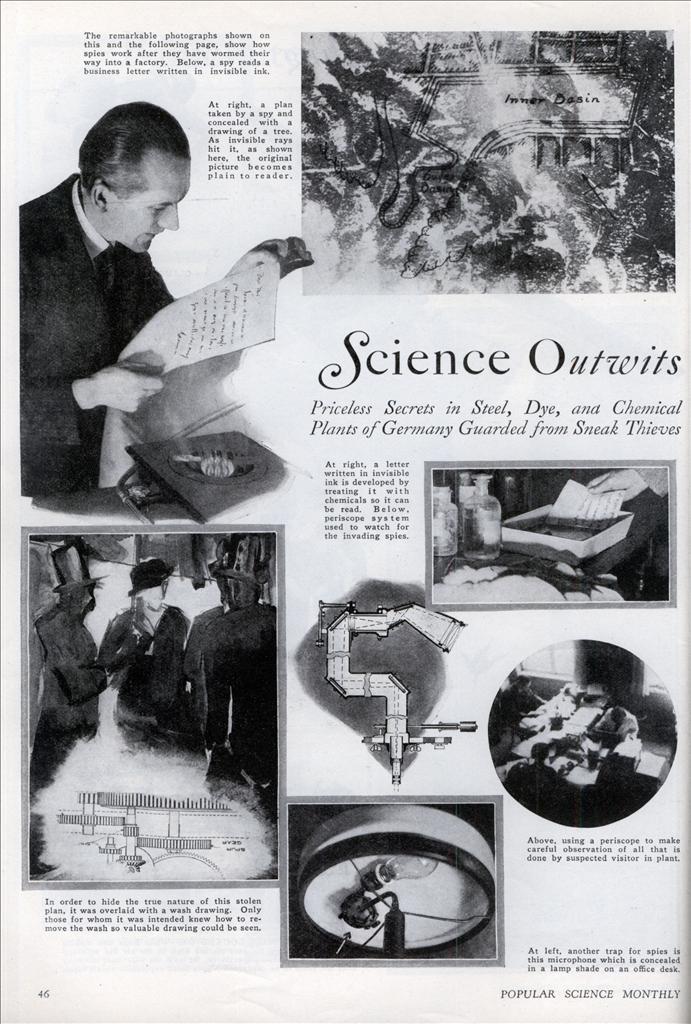 AN ELABORATE system of industrial spies, working with almost wartime efficiency, was discovered recently in Germany. In the great steel, dye, and chemical plants of that country, this organized band of informers is attempting to ferret out the closely-guarded trade secrets which give an advantage over competitors. Because of the economic crisis in Germany, these secret manufacturing processes are being more jealously guarded than ever and the factory owners are using the latest scientific aids to stamp out the crooks.

How the spy of industry operates is shown in the remarkable set of photographs on these pages. Gaining entrance to a factory on some pretext, he makes the most of the few moments at his disposal, using all the tools of modern science. If possible, a diminutive camera under his hat or in his buttonhole snaps secret industrial processes. Hasty sketches are made of an intricate machine’s vital parts. He camouflages stolen plans with innocent-looking sketches of landscapes.

To combat him, manufacturers, when they convey valuable trade secrets by letter, use a code known only among themselves. Detectives keep unknown visitors under surveillance with tapped telephone wires, periscopes and microphones.