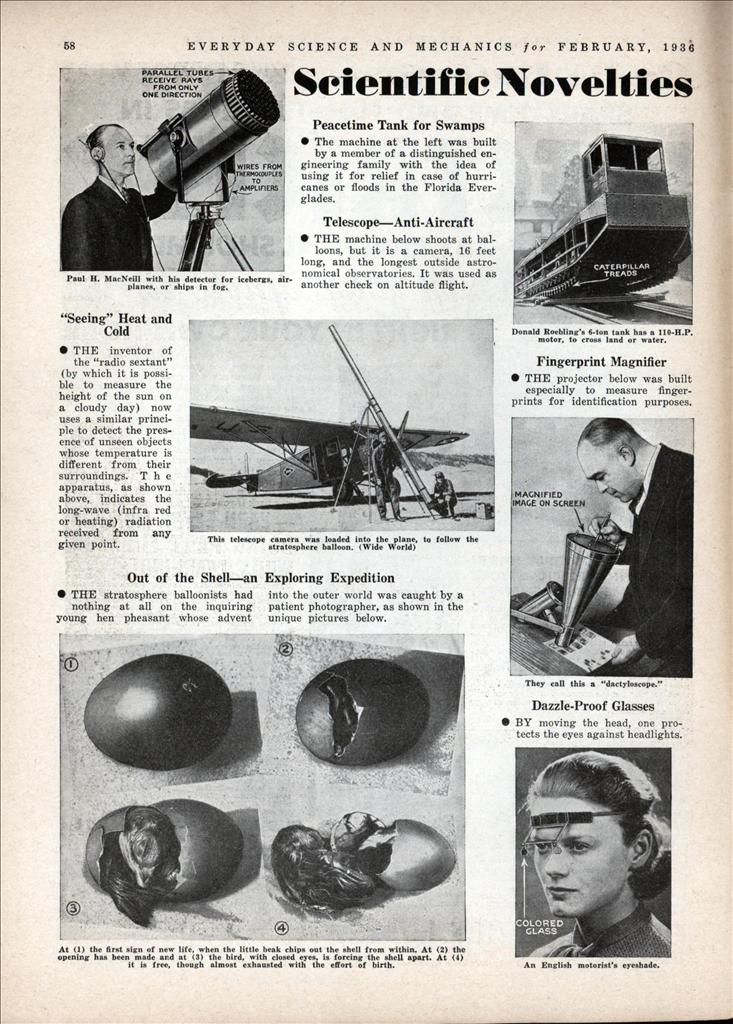 • The machine at the left was built by a member of a distinguished engineering family with the idea of using it for relief in case of hurricanes or floods in the Florida Everglades.

• THE machine below shoots at balloons, but it is a camera, 16 feet long, and the longest outside astronomical observatories. It was used as another check on altitude flight.

• THE inventor of the “radio sextant” (by which it is possible to measure the height of the sun on a cloudy day) now uses a similar principle to detect the presence of unseen objects whose temperature is different from their surroundings. The apparatus, as shown above, indicates the long-wave (infra red or heating) radiation received from any given point.

Out of the Shell—an Exploring Expedition

• THE stratosphere balloonists had nothing at all on the inquiring young hen pheasant whose advent into the outer world was caught by a patient photographer, as shown in the unique pictures below.

• THE projector below was built especially to measure fingerprints for identification purposes.

• BY moving the head, one protects the eyes against headlights.