How does one rob a radio wave of it’s “vital properties”? 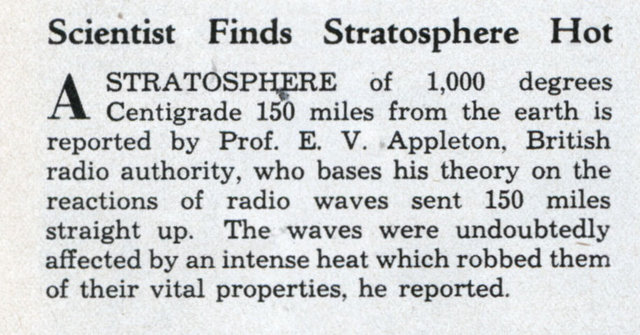 Scientist Finds Stratosphere Hot
A STRATOSPHERE of 1,000 degrees Centigrade 150 miles from the earth is reported by Prof. E. V. Appleton, British radio authority, who bases his theory on the reactions of radio waves sent 150 miles straight up. The waves were undoubtedly affected by an intense heat which robbed them of their vital properties, he reported.