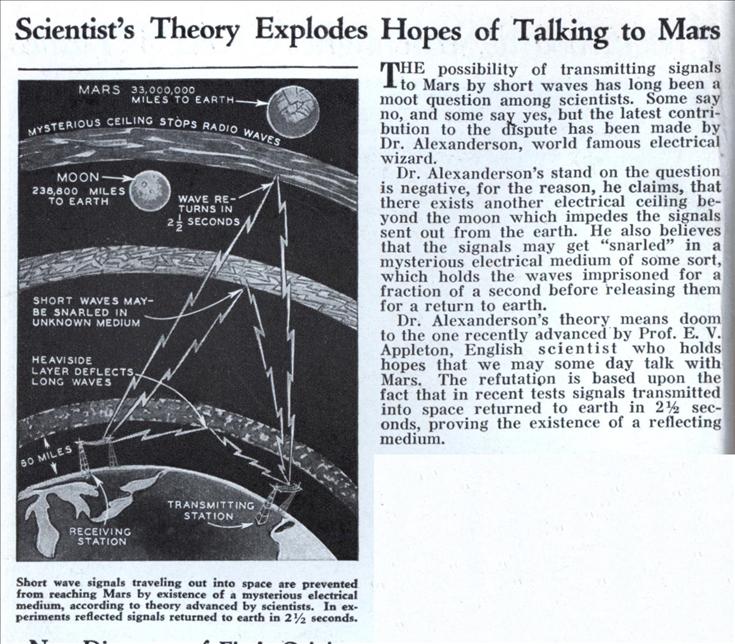 THE possibility of transmitting signals to Mars by short waves has long been a moot question among scientists. Some say no, and some say yes, but the latest contribution to the dispute has been made by Dr. Alexanderson, world famous electrical wizard.

Dr. Alexanderson’s stand on the question is negative, for the reason, he claims, that there exists another electrical ceiling beyond the moon which impedes the signals sent out from the earth. He also believes that the signals may get “snarled” in a mysterious electrical medium of some sort, which holds the waves imprisoned for a fraction of a second before releasing them for a return to earth.

Dr. Alexanderson’s theory means doom to the one recently advanced by Prof. E.V. Appleton, English scientist who holds hopes that we may some day talk with Mars. The refutation is based upon the fact that in recent tests signals transmitted into space returned to earth in 2-1/2 seconds, proving the existence of a reflecting medium.