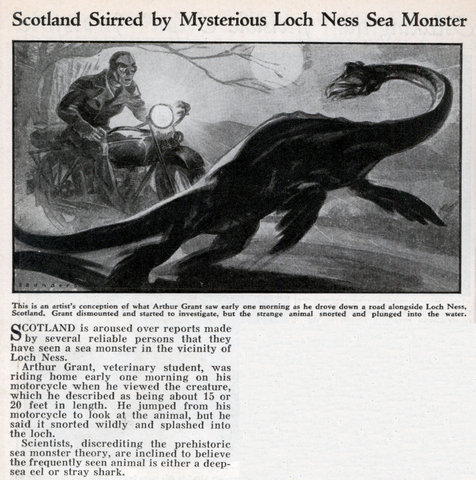 SCOTLAND is aroused over reports made by several reliable persons that they have seen a sea monster in the vicinity of Loch Ness.

Arthur Grant, veterinary student, was riding home early one morning on his motorcycle when he viewed the creature, which he described as being about 15 or 20 feet in length. He jumped from his motorcycle to look at the animal, but he said it snorted wildly and splashed into the loch.

Scientists, discrediting the prehistoric sea monster theory, are inclined to believe the frequently seen animal is either a deep-sea eel or stray shark.