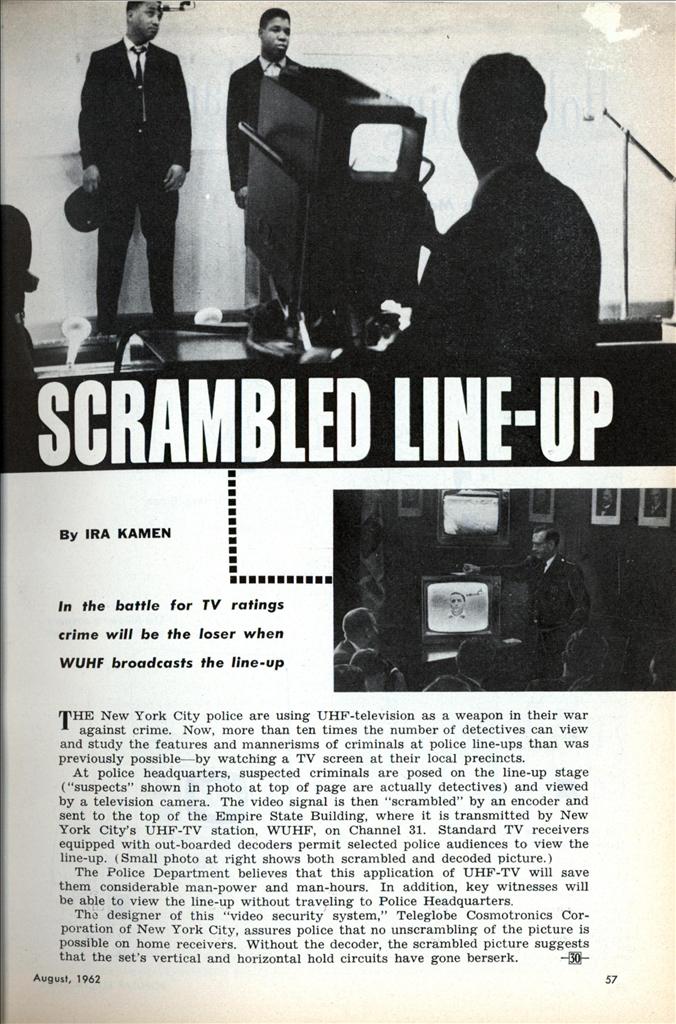 At police headquarters, suspected criminals are posed on the line-up stage (“suspects” shown in photo at top of page are actually detectives) and viewed by a television camera. The video signal is then “scrambled” by an encoder and sent to the top of the Empire State Building, where it is transmitted by New York City’s UHF-TV station, WUHF, on Channel 31. Standard TV receivers equipped with out-boarded decoders permit selected police audiences to view the line-up. (Small photo at right shows both scrambled and decoded picture.) The Police Department believes that this application of UHF-TV will save them considerable man-power and man-hours. In addition, key witnesses will be able to view the line-up without traveling to Police Headquarters.

The designer of this “video security system,” Teleglobe Cosmotronics Corporation of New York City, assures police that no unscrambling of the picture is possible on home receivers. Without the decoder, the scrambled picture suggests that the set’s vertical and horizontal hold circuits have gone berserk.