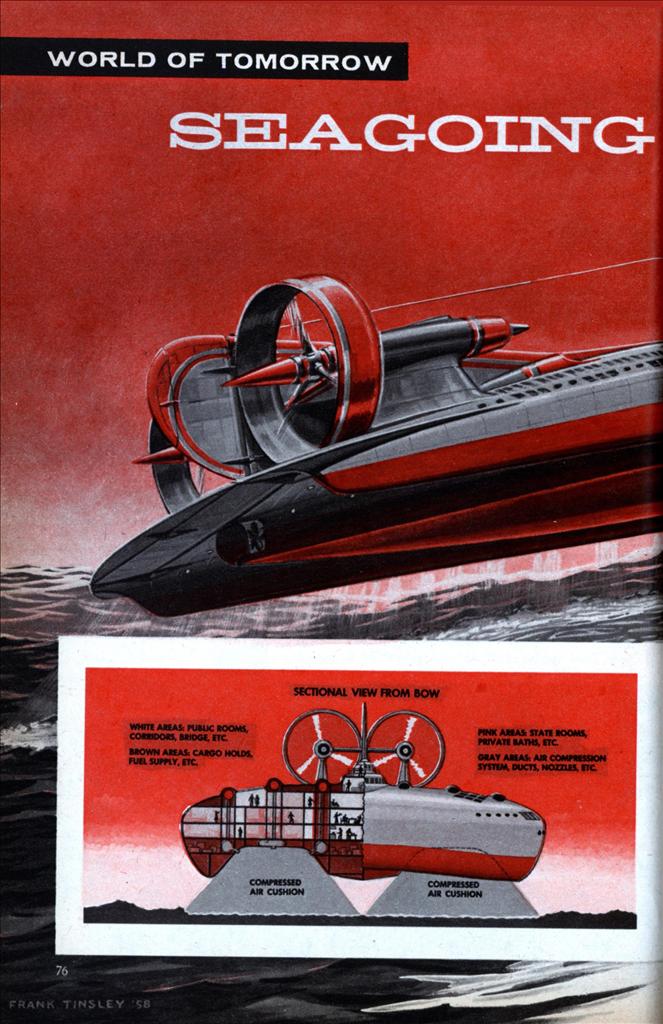 THIS radical new ship is now under development by the British government. According to the London Daily Mail the Saunders-Roe Aircraft Co. is now hard at work on preliminary research.

The idea is essentially the same as that proposed for Ford’s futuristic “Wheel-less Car.” (See Oct. ’58 MI) The MI design calls for an elongated saucer form with a horseshoe-shaped cavity underneath. Compressed air is expelled from nozzles in the top of this cavity, which contains the pressure and directs it against the sea’s surface, lifting the saucer a few feet above the water. Airplane-type propellers, driven by gas turbines, propel the skimmer at high speed. In docking or lying at anchor, the pressure is gradually reduced and the ship lowers to the water. A water propeller and rudder are provided for surface maneuvering.

The British expect saucers to carry up to 1,000 passengers, hit over 100 mph. Development will probably take about ten years.