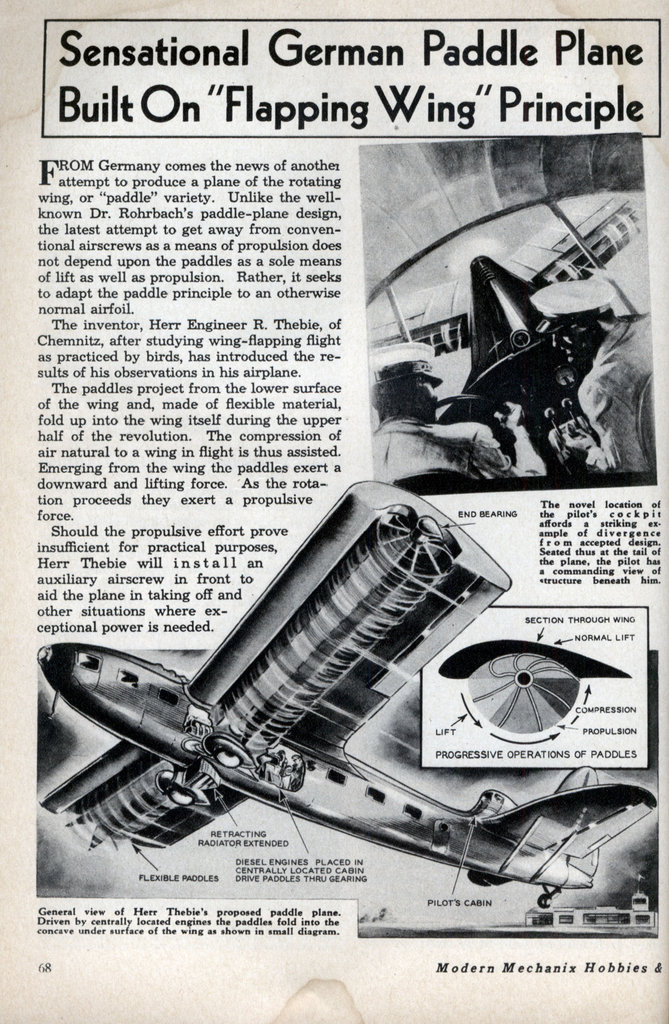 FROM Germany comes the news of another attempt to produce a plane of the rotating wing, or “paddle” variety. Unlike the well-known Dr. Rohrbach’s paddle-plane design, the latest attempt to get away from conventional airscrews as a means of propulsion does not depend upon the paddles as a sole means of lift as well as propulsion. Rather, it seeks to adapt the paddle principle to an otherwise normal airfoil.

The inventor, Herr Engineer R. Thebie, of Chemnitz, after studying wing-flapping flight as practiced by birds, has introduced the results of his observations in his airplane.

The paddles project from the lower surface of the wing and, made of flexible material, fold up into the wing itself during the upper half of the revolution. The compression of air natural to a wing in flight is thus assisted. Emerging from the wing the paddles exert a downward and lifting force. As the rotation proceeds they exert a propulsive force.

Should the propulsive effort prove insufficient for practical purposes, Herr Thebie will install an auxiliary airscrew in front to aid the plane in taking off and other situations where exceptional power is needed.