I’m pretty sure I’ve seen the movie version of this. 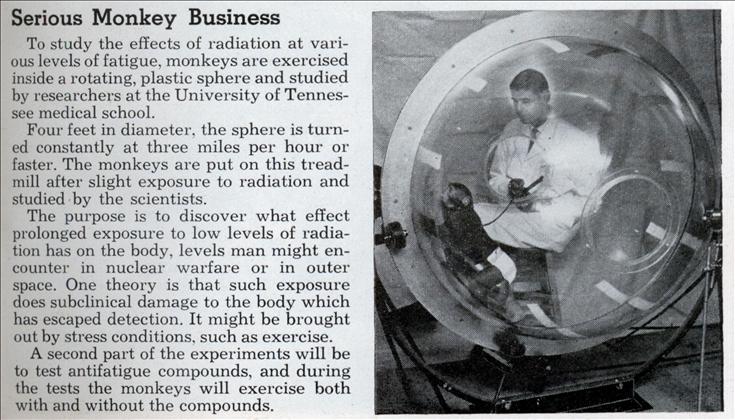 To study the effects of radiation at various levels of fatigue, monkeys are exercised inside a rotating, plastic sphere and studied by researchers at the University of Tennessee medical school.

Four feet in diameter, the sphere is turned constantly at three miles per hour or faster. The monkeys are put on this treadmill after slight exposure to radiation and studied by the scientists.

The purpose is to discover what effect prolonged exposure to low levels of radiation has on the body, levels man might encounter in nuclear warfare or in outer space. One theory is that such exposure does subclinical damage to the body which has escaped detection. It might be brought out by stress conditions, such as exercise.

A second part of the experiments will be to test antifatigue compounds, and during the tests the monkeys will exercise both with and without the compounds.