The OCR software screwed up and read it as: “Great typographical features were visible…” which would have made for a much more entertaining piece. “The word AKRON was wider than the great Lake Superior!” 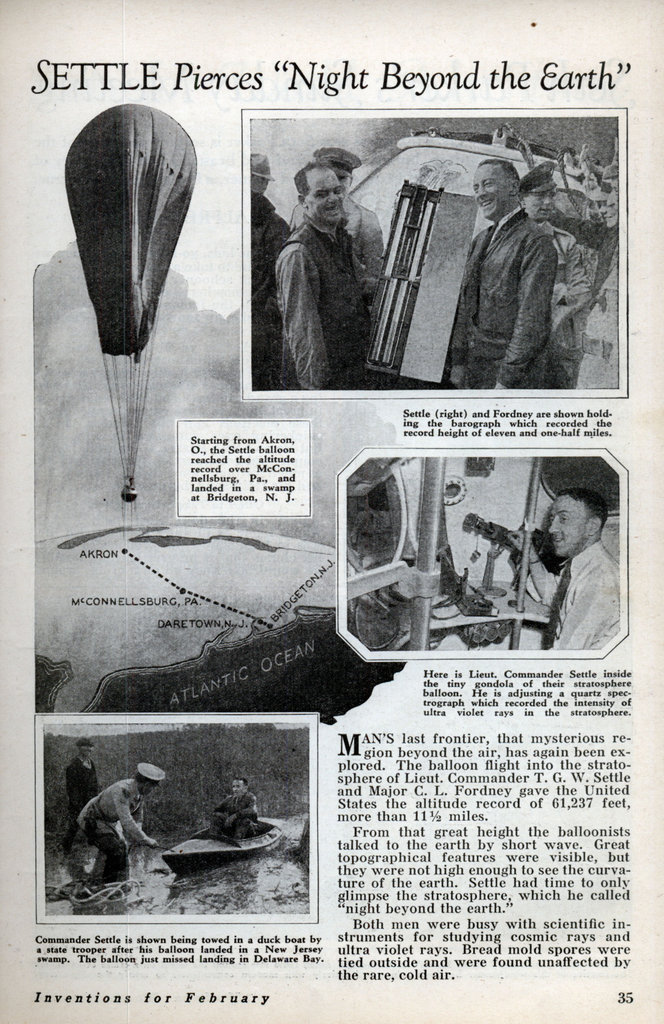 SETTLE Pierces “Night Beyond the Earth”

MAN’S last frontier, that mysterious region beyond the air, has again been explored. The balloon flight into the stratosphere of Lieut. Commander T. G. W. Settle and Major C. L. Fordney gave the United States the altitude record of 61,237 feet, more than 11-1/2 miles.

From that great height the balloonists talked to the earth by short wave. Great topographical features were visible, but they were not high enough to see the curvature of the earth. Settle had time to only glimpse the stratosphere, which he called “night beyond the earth.”

Both men were busy with scientific instruments for studying cosmic rays and ultra violet rays. Bread mold spores were tied outside and were found unaffected by the rare, cold air.