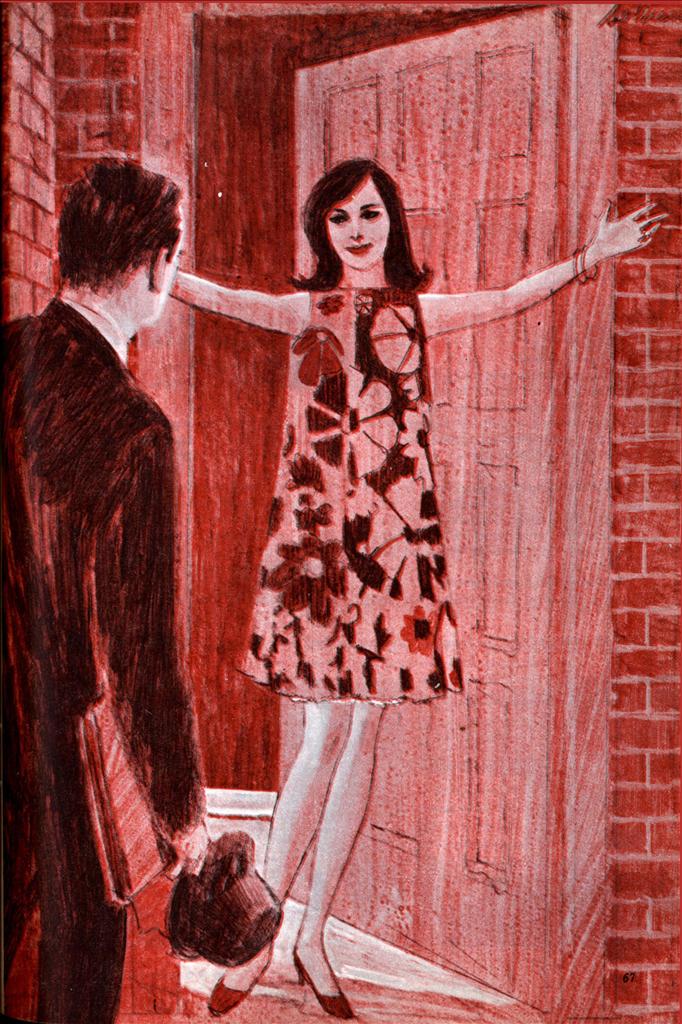 SEVEN WAYS TO GET A RAISE!

YOU’D like a raise. But how can you get one? Pay boosts depend on your boss’ decision. But helping him make that decision—in your favor—is often up to you.

Getting a raise merely because you deserve it is not only very rare, it is Dullsville. Where’s the fun? Life is a game when you know you’re worth more than you’re getting and you’re taking steps to get what you’re worth. Look at it that way—and remember that in nearly every job you must take steps to get as much as you deserve.

Here are the ways to go about it. You may use one or more or all of these tactics, singly or in sequence, but if you ever get the raise the chances are you will use at least one of them.

1. Know what the boss wants. Some guys knock themselves out for years and all they do is bug the guy they’re working for because they don’t give him what he wants. Jim Cassett, a marketing analyst in an ad agency, put in hours of overtime each week. The boss never mentioned it. One day Jim heard the big boy speak kindly about the neatness of someone else’s report. Jim quit working overtime. He worked on making the reports neat and clear. Within three weeks the boss was patting him on the back; within four months he was working on a hotter account—with a $10-a-week raise.

It’s easier to know what the boss wants when you’re in close contact, harder when you work for a big firm, with straw bosses, possibly in trouble themselves, between you and the real Leader.

In any company you must decide which boss to try to impress. Your immediate supervisor is first choice. If he is fair and confident of his own job, he’ll support fair requests for raises and promotions. If he’s indecisive, he’ll base his judgment of you on what his bosses think of you. In such a case, look aboveyour immediate boss to see the guy you must impress.

2. Get yourself known. Companies often see participation in community and firm affairs as the sign of leadership and sound character. Go to company dinners, join teams, committees, and other organizations to gain recognition. Become active in charity drives, volunteer fire departments and fraternal organizations.

There are other ways. Ted Kobin, a sheet metal worker, got his name recognized by keeping up a regular flow of sound ideas to his firm’s suggestion box. One of his first ideas was to mark each steel sheet with the code number of the machine it was meant for. This saved the company hundreds of dollars a year by avoiding mixups. By his fifth or sixth idea, Kobin’s name was known to most of the plant’s executives. He got a $10 weekly increase months before it was due.

3. Improve your skill. Leo Pacy, a 33-year-old lathe operator, asked his boss to send him to a night course in his specialty. The boss agreed and for three nights a week for six months Pacy improved his skill at the firm’s expense. Four months after he finished the course, his company got an order that demanded special lathing techniques Pacy’s course had covered. He was one of the men assigned to the new project —with $20 weekly raise.

Sometimes a company will pay for a school training course. Unions and trade associations sometimes run seminars or workshops covering your job specialty. Attend. If no such help is at hand, consider paying for outside training yourself. If no courses or workshops are available, read all you can about your field. This can often push your performance high enough to merit a raise.

4. Ask for the raise. Ted Lawrence, a waiter, worked harder than ever after the restaurant was expanded. His paystayed the same. Ted braced the boss and got the raise immediately. If he had brooded a few more weeks before asking, he would have got the raise that much later. Sometimes the boss knows you should have a raise but needs a nudge; sometimes he thinks “Why raise him until he asks for it?” Don’t count on the boss to be a hero.

Times not to ask for a raise: when the firm has just lost a big customer, when firm earnings are taking a dive, when the boss’ wife has just gone out and run up a big bill or had divorce papers served on him. When under a strain the boss may fire his best employee instead of giving him a raise—just to relieve his feelings. The monster is only human.

When asking for a raise, offer the standard reasons, using discretion. (Using discretion means don’t lie about anything he can check up on easily or knows about already). The reasons are: you have taken on more work, are doing the work more efficiently, men doing the same job are getting paid more elsewhere, the cost of living is rising, your family is increasing, you have doctor’s bills or other unavoidable added expenses. Emphasize the positive reasons —those involving your value to him— over your difficulties in living on your present pay.

5. Shoot for a promotion. Art Capatano, a shipping clerk, asked his fore-man if he, Capatano, was a candidate for an assistant traffic manager’s job that would open soon. The foreman said yes but that a man with accounting experience was wanted. In one blow Capatano let his boss know he was interested in the job, found that it had not been filled, and what training would help him land the position. Capatano went to an adult education course in accounting— and let his boss know, just casually. Three monthslater the job opened and Capatano got it— with an $18 raise.

When keeping an eye open for promotions, don’t only think of your department. Talk to the men and the foremen in other departments; there may be higher turnover, less skilled competition or lower seniority.

If your job is unionized, you might have a different problem in stalking a promotion. Often, the salary that goes with a given job is pegged by a union contract. In this case, your chance for a wage boost might lie working through the union as well as through your immediate boss.

Often, becoming active in union affairs aids in being shifted to a different job category where the pay is higher for similar work. Sometimes you can apply for a supervisory position through the union itself, which often recommends its own candidates to the company. Then, participation in a union often leads to landing an official position within the organization such as shop steward.

6. Get a better job. Today, employers in almost every field are screaming for efficient, honest, and qualified workers. If you have qualities that merit a raise, and you don’t get it, chances are another employer will pay you what you deserve.

Keep on the lookout for job offers in trade journals, newspapers, and professional meetings. The manager of an upstate New York service station was repeatedly refused a raise despite added work loads. Then, he attended a regional sales meeting sponsored by the automobile company that gave his station its dealership. From an acquaintance, he heard that the manager of a service station in a nearby town was moving to Florida. His colleague helped arrange an interview with the owner. The manager got the new job and a salary boost of $20-a-week.

7. Say you’re quitting. Often an employer just doesn’t take time to estimate the worth of an employee. Consequently, requests for wage raises are parried with vague promises that never seem to materialize. But one way to make the boss face the value of your services is by presenting the possibility of his losing them. •