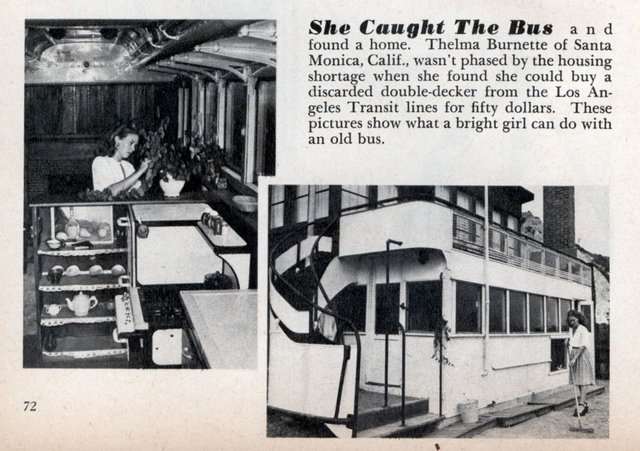 She Caught The Bus and found a home. Thelma Burnette of Santa Monica, Calif., wasn’t phased by the housing shortage when she found she could buy a discarded double-decker from the Los Angeles Transit lines for fifty dollars. These pictures show what a bright girl can do with an old bus.