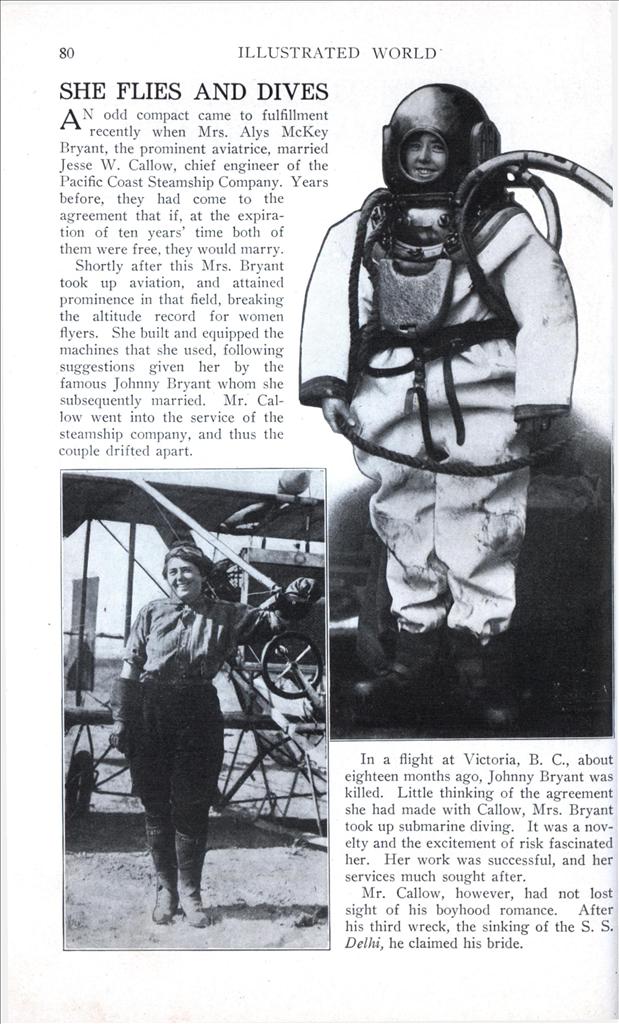 Shortly after this Mrs. Bryant took up aviation, and attained prominence in that field, breaking the altitude record for women flyers. She built and equipped the machines that she used, following suggestions given her by the famous Johnny Bryant whom she subsequently married. Mr. Callow went into the service of the steamship company, and thus the couple drifted apart.

In a flight at Victoria, B. C., about eighteen months ago, Johnny Bryant was killed. Little thinking of the agreement she had made with Callow, Mrs. Bryant took up submarine diving. It was a novelty and the excitement of risk fascinated her. Her work was successful, and her services much sought after.

Mr. Callow, however, had not lost sight of his boyhood romance. After his third wreck, the sinking of the S. S. Delhi, he claimed his bride.