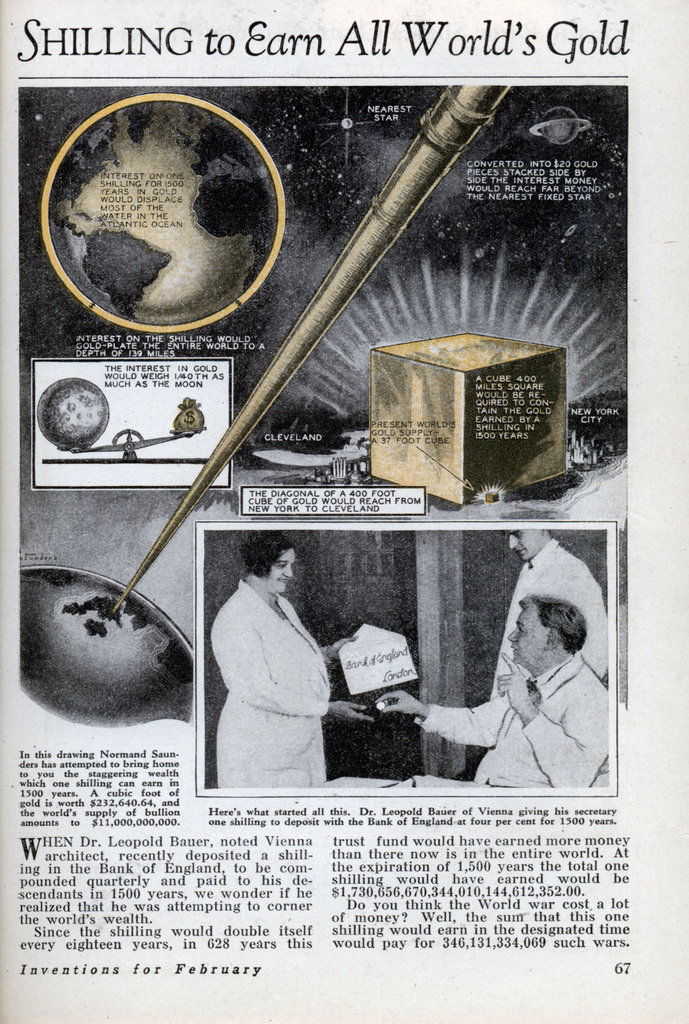 Do you think the World war cost, a lot of money? Well, the sum that this one shilling would earn in the designated time would pay for 346,131,334,069 such wars.