Apparently our country has a long and not-so-proud history of exploiting cheap Chinese labor. “Sure we could use our loading equipment, but it’s so much easier and cheaper to have the coolies do it by hand!” 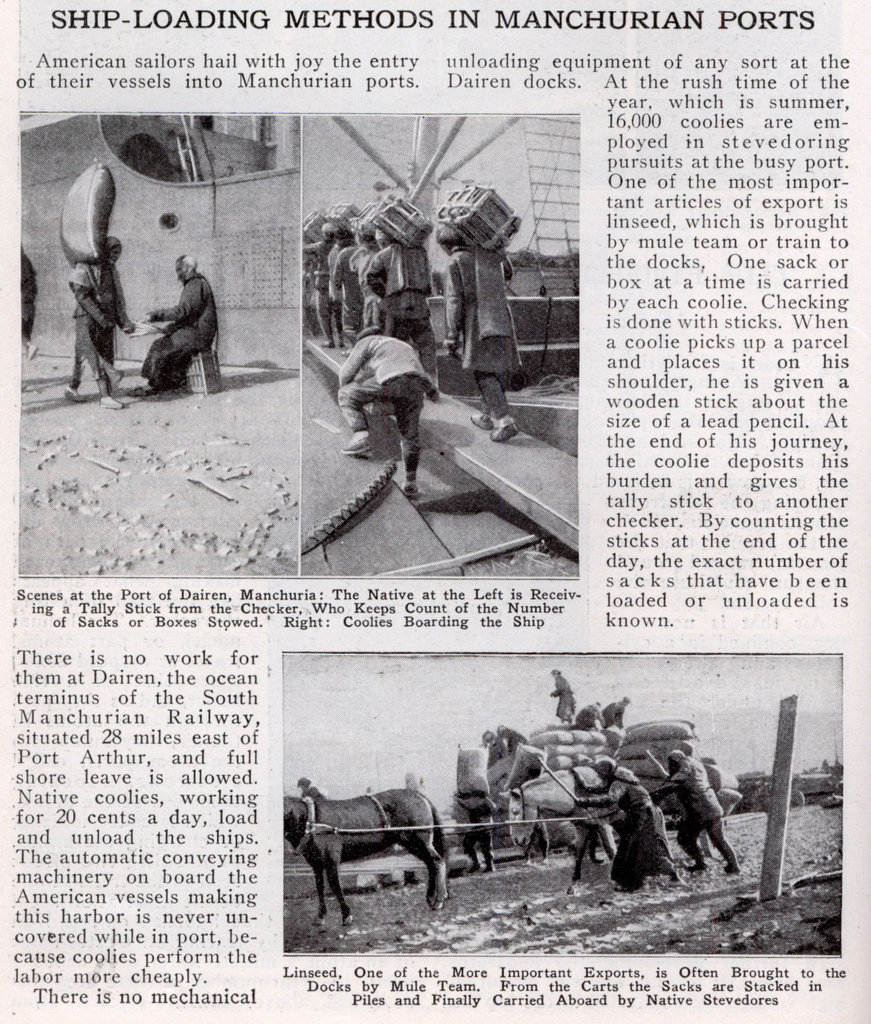 American sailors hail with joy the entry of their vessels into Manchurian ports.

There is no work for them at Dairen, the ocean terminus of the South Manchurian Railway, situated 28 miles east of Port Arthur, and full shore leave is allowed. Native coolies, working for 20 cents a day, load and unload the ships. The automatic conveying machinery on hoard the American vessels making this harbor is never uncovered while in port, because coolies perform the labor more cheaply.

There is no mechanical unloading equipment of any sort at the Dairen docks. At the rush time of the year, which is summer, 16,000 coolies are employed in stevedoring pursuits at the busy port. One of the most important articles of export is linseed, which is brought by mule team or train to the docks. One sack or box at a time is carried by each coolie. Checking is done with sticks. When a coolie picks up a parcel and places it on his shoulder, he is given a wooden stick about the size of a lead pencil. At the end of his journey, the coolie deposits his burden and gives the tally stick to another checker. By counting the sticks at the end of the day, the exact number of sacks that have been loaded or unloaded is known.