Then the boss calmly sipped his tea, had the doors chained, and explained how he’d always thought they were lazy and upped the quota to 300 dozen needles.

Somewhere in the rear, a lone voice cried out. 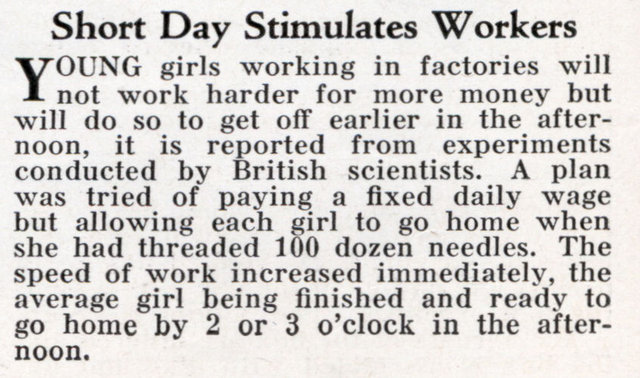 YOUNG girls working in factories will not work harder for more money but will do so to get off earlier in the afternoon, it is reported from experiments conducted by British scientists. A plan was tried of paying a fixed daily wage but allowing each girl to go home when she had threaded 100 dozen needles. The speed of work increased immediately, the average girl being finished and ready to go home by 2 or 3 o’clock in the afternoon.