This is pretty horrifying. If they actually kept that kid in there all the time, I’m guessing he’s pretty screwed up. Which does make me wonder… 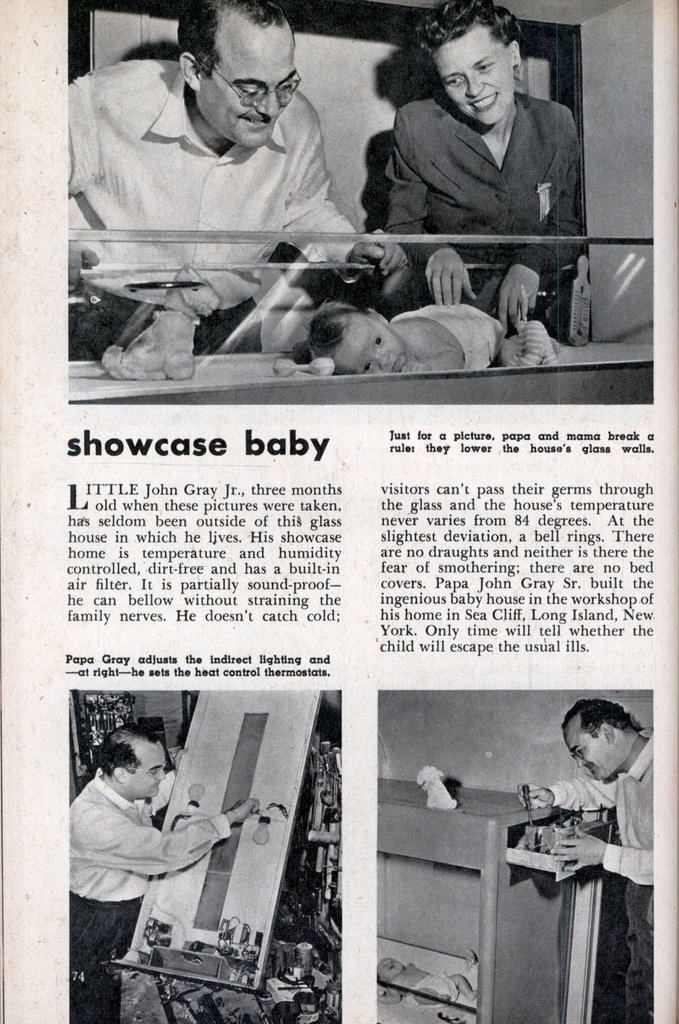 LITTLE John Gray Jr., three months old when these pictures were taken, has seldom been outside of this glass house in which he lives. His showcase home is temperature and humidity controlled, dirt-free and has a built-in air filter. It is partially sound-proof-he can bellow without straining the family nerves. He doesn’t catch cold;

visitors can’t pass their germs through the glass and the house’s temperature never varies from 84 degrees. At the slightest deviation, a bell rings. There are no draughts and neither is there the fear of smothering; there are no bed covers. Papa John Gray Sr. built the ingenious baby house in the workshop of his home in Sea Cliff, Long Island, New York. Only time will tell whether the child will escape the usual ills.