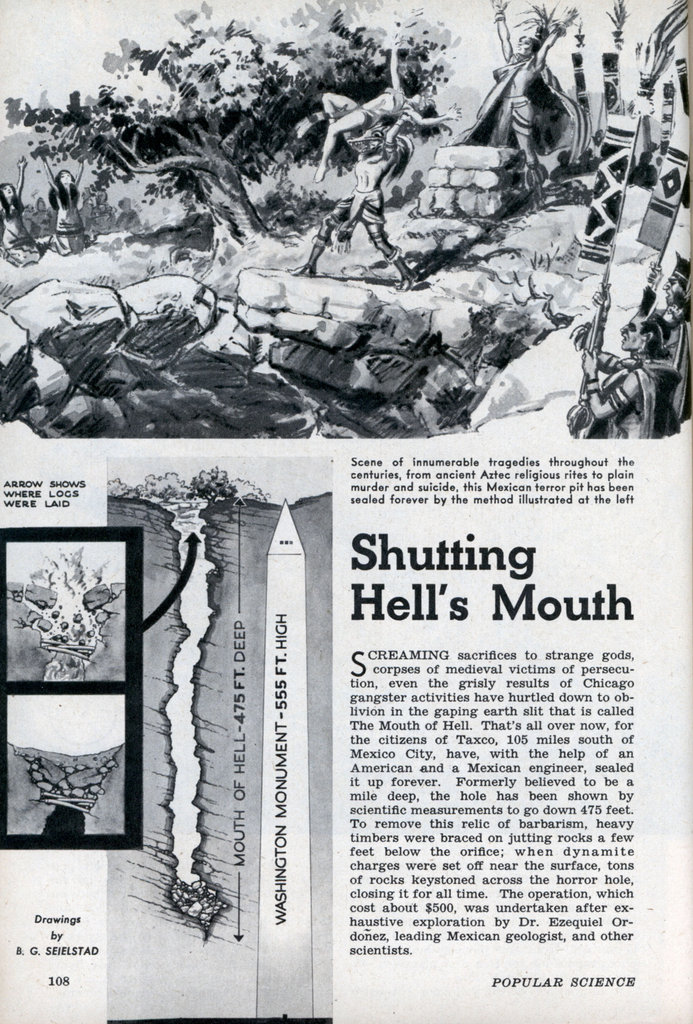 SCREAMING sacrifices to strange gods, corpses of medieval victims of persecution, even the grisly results of Chicago gangster activities have hurtled down to oblivion in the gaping earth slit that is called The Mouth of Hell. That’s all over now, for the citizens of Taxco, 105 miles south of Mexico City, have, with the help of an American and a Mexican engineer, sealed it up forever. Formerly believed to be a mile deep, the hole has been shown by scientific measurements to go down 475 feet. To remove this relic of barbarism, heavy timbers were braced on jutting rocks a few feet below the orifice; when dynamite charges were set off near the surface, tons of rocks keystoned across the horror hole, closing it for all time. The operation, which cost about $500, was undertaken after exhaustive exploration by Dr. Ezequiel Ordonez, leading Mexican geologist, and other scientists.