It’s a pity this building was never made, it would have been pretty awesome. It kind of looks like part of a giant crankshaft. Norman bel Geddes went on to design wildly popular General Motors Futurama exhibit at the 1939 World’s Fair in New York. 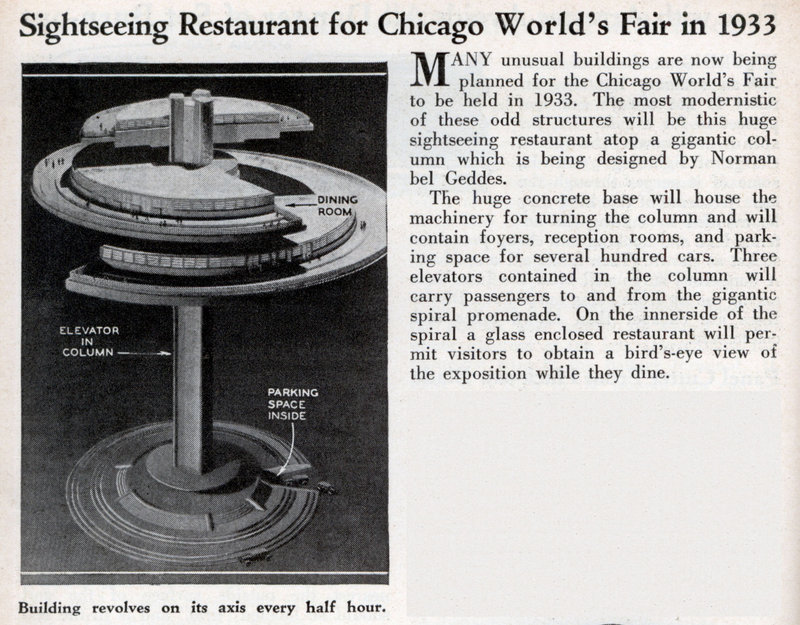 MANY unusual buildings are now being planned for the Chicago World’s Fair to be held in 1933. The most modernistic of these odd structures will be this huge sightseeing restaurant atop a gigantic column which is being designed by Norman bel Geddes.

The huge concrete base will house the machinery for turning the column and will contain foyers, reception rooms, and parking space for several hundred cars. Three elevators contained in the column will carry passengers to and from the gigantic spiral promenade. On the inner side of the spiral a glass enclosed restaurant will permit visitors to obtain a bird’s-eye view of the exposition while they dine.