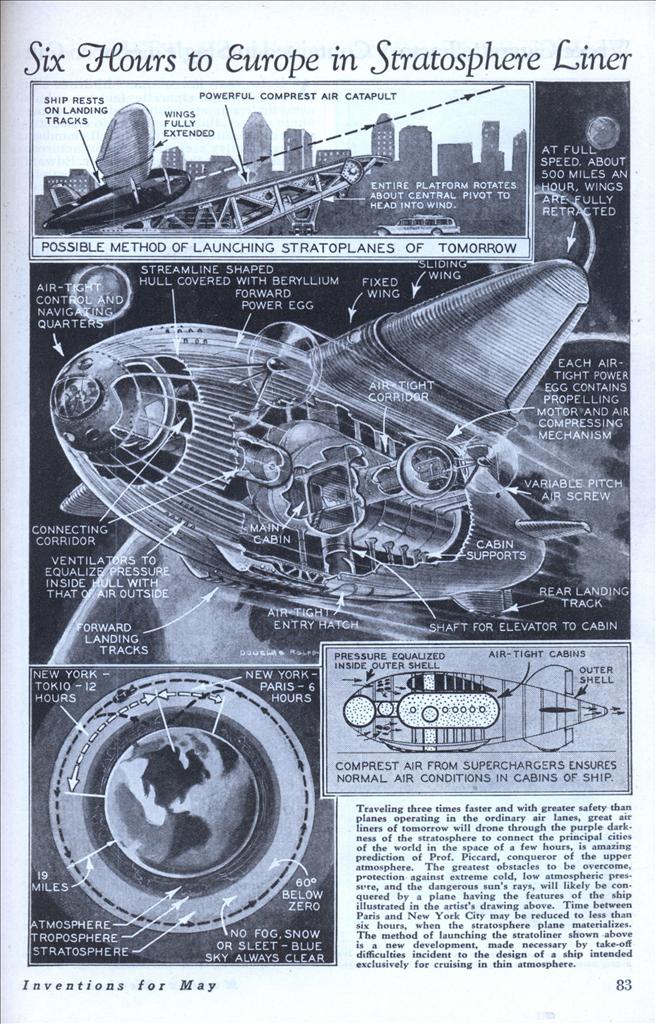 Traveling three times faster and with greater safety than planes operating in the ordinary air lanes, great air liners of tomorrow will drone through the purple darkness of the stratosphere to connect the principal cities of the world in the space of a few hours, is amazing prediction of Prof. Piccard, conqueror of the upper atmosphere. The greatest obstacles to be overcome, protection against extreme cold, low atmospheric pressure, and the dangerous sun’s rays, will likely be conquered by a plane having the features of the ship illustrated in the artist’s drawing above. Time between Paris and New York City may be reduced to less than six hours, when the stratosphere plane materializes. The method of launching the stratoliner shown above is a new development, made necessary by take-off difficulties incident to the design of a ship intended exclusively for cruising in thin atmosphere.