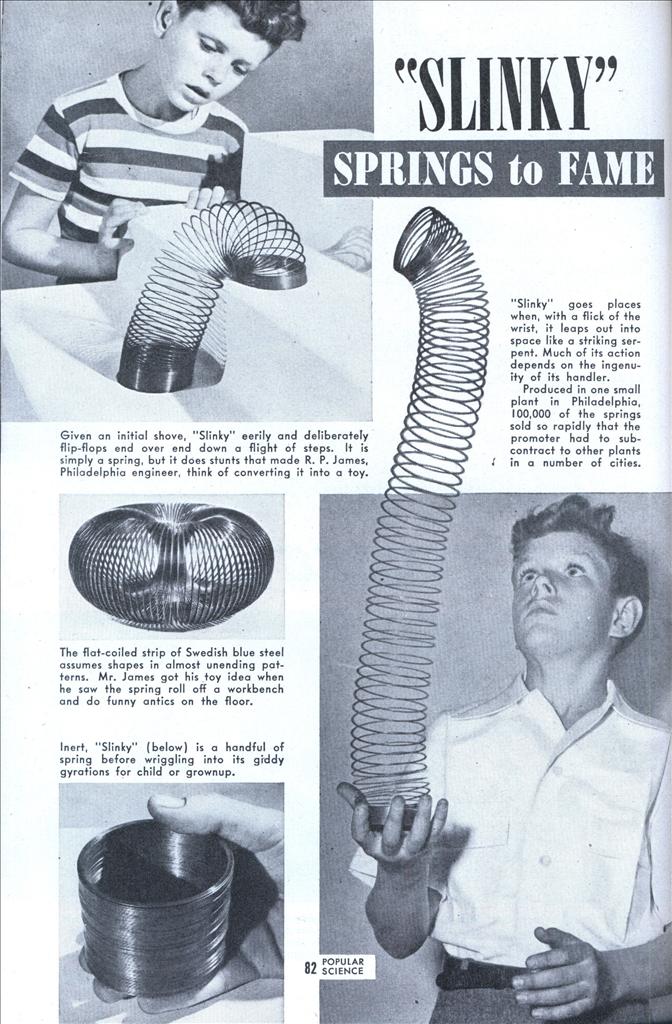 Given an initial shove, “Slinky” eerily and deliberately flip-flops end over end down a flight of steps. It is simply a spring, but it does stunts that made R. P. James, Philadelphia engineer, think of converting it into a toy.

The flat-coiled strip of Swedish blue steel assumes shapes in almost unending patterns. Mr. James got his toy idea when he saw the spring roll off a workbench and do funny antics on the floor.

Inert, “Slinky” (below) is a handful of spring before wriggling into its giddy gyrations for child or grownup.

“Slinky” goes places when, with a flick of the wrist, it leaps out into space like a striking serpent. Much of its action depends on the ingenuity of its handler.

Produced in one small plant in Philadelphia, 100,000 of the springs sold so rapidly that the promoter had to subcontract to other plants in a number of cities.