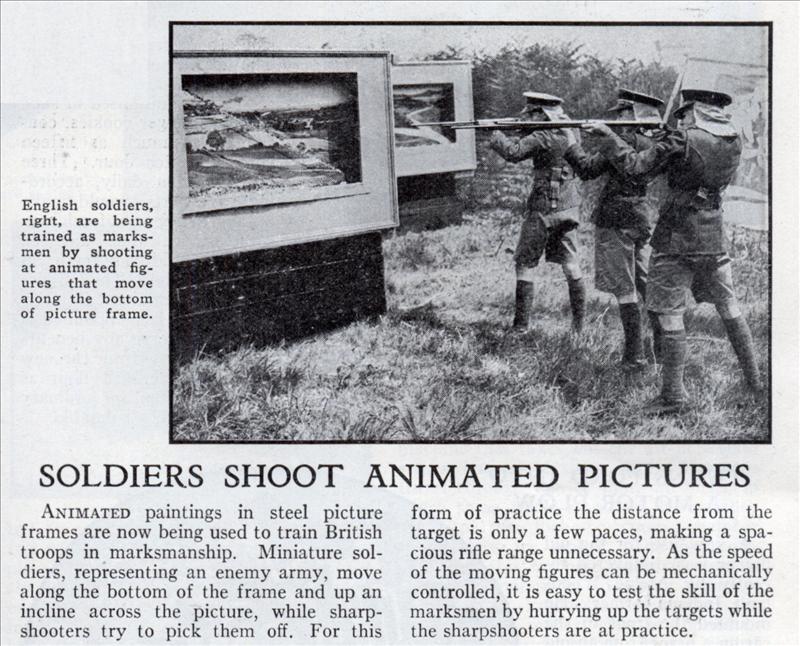 Animated paintings in steel picture frames are now being used to train British troops in marksmanship. Miniature soldiers, representing an enemy army, move along the bottom of the frame and up an incline across the picture, while sharpshooters try to pick them off. For this form of practice the distance from the target is only a few paces, making a spacious rifle range unnecessary. As the speed of the moving figures can be mechanically controlled, it is easy to test the skill of the marksmen by hurrying up the targets while the sharpshooters are at practice.