That is some pretty amazing camouflage there. Why, I almost mistook them for trees. Trees with binoculars and handguns…. 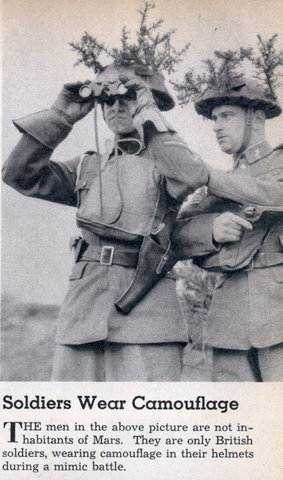 Soldiers Wear Camouflage
The men in the above picture are not inhavitants of Mars. They are only British soldiers, wearing camouflage in their helmets during a mimic battle.