SOME PEOPLE DO THE DOGGONEDEST THINGS (May, 1954) 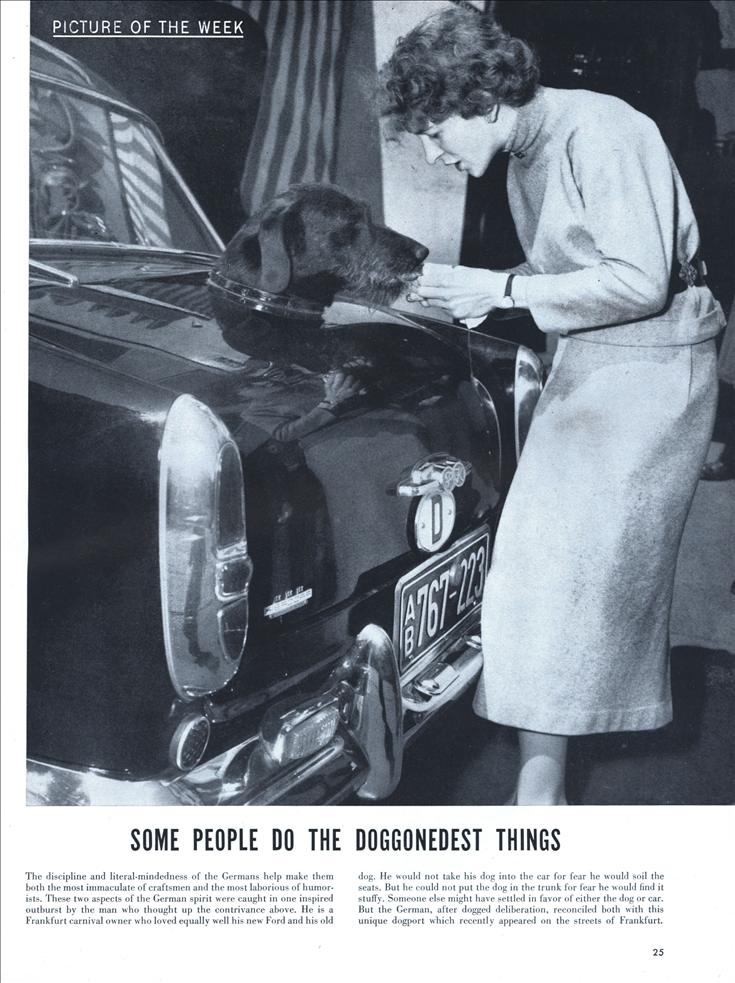 SOME PEOPLE DO THE DOGGONEDEST THINGS

The discipline and literal-mindedness of the Germans help make them both the most immaculate of craftsmen and the most laborious of humorists. These two aspects of the German spirit were caught in one inspired outburst by the man who thought up the contrivance above. He is a Frankfurt carnival owner who loved equally well his new Ford and his old dog. He would not take his dog into the car for fear he would soil the seats. But he could not put the dog in the trunk for fear he would find it stuffy. Someone else might have settled in favor of either the dog or car. But the German, after dogged deliberation, reconciled both with this unique dogport which recently appeared on the streets of Frankfurt.