Modern Mechanix
Issue: Feb, 1934
Posted in: General
21 Comments on Something New under the Sun in Oddities of Science (Feb, 1934)

Something New under the Sun in Oddities of Science (Feb, 1934) 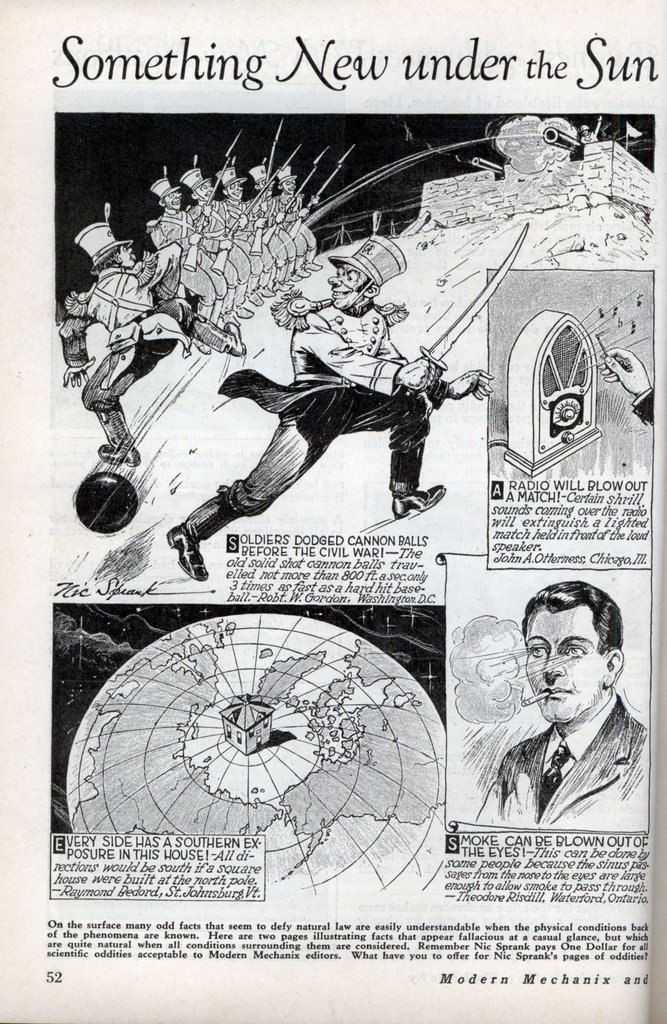 Something New under the Sun in Oddities of Science

On the surface many odd facts that seem to defy natural law are easily understandable when the physical conditions back of the phenomena are known. Here are two pages illustrating facts that appear fallacious at a casual glance, but which are quite natural when all conditions surrounding them are considered. Remember Nic Sprank pays One Dollar for all scientific oddities acceptable to Modern Mechanix editors. What have you to offer for Nic Sprank’s pages of oddities?

These strange (acts of science may bring to mind some of the things which on every hand refute some of the accepted notions about nature. ONE DOLLAR will be paid you by Nic Sprank for every Oddity he considers good enough for these pages. Try your luck! Send in something new—don’t re-hash the obvious, and your chances of getting a dollar bill are as good as the next man’s. Address Nic Sprank, care Modern Mechanix, 529 South 7th Street, Minneapolis, Minn.