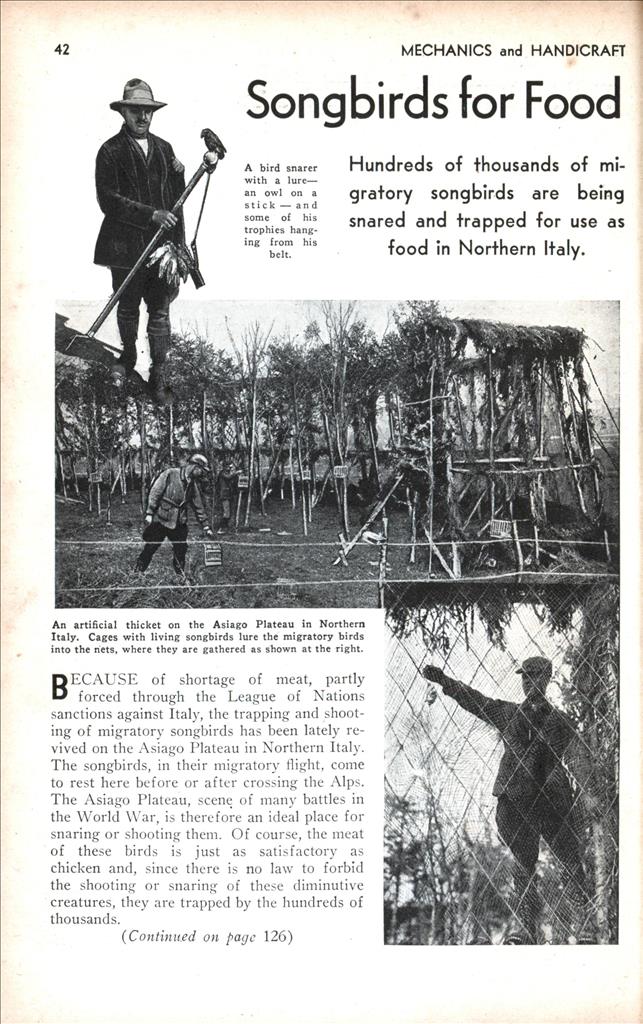 Hundreds of thousands of migratory songbirds are being snared and trapped for use as food in Northern Italy.

BECAUSE of shortage of meat, partly forced through the League of Nations sanctions against Italy, the trapping and shooting of migratory songbirds has been lately revived on the Asiago Plateau in Northern Italy. The songbirds, in their migratory flight, come to rest here before or after crossing the Alps. The Asiago Plateau, scene of many battles in the World War, is therefore an ideal place for snaring or shooting them. Of course, the meat of these birds is just as satisfactory as chicken and, since there is no law to forbid the shooting or snaring of these diminutive creatures, they are trapped by the hundreds of thousands.

Songbirds in cages and owls on sticks are used as lures, and large artificial thickets are built in which the area between the branches of trees is covered with deeply-pocketed nets, into which the birds fly and from which they cannot extricate themselves. Protests have been made to the Italian government by associations of bird lovers, and it is thought likely that this practice will soon be stopped legally.