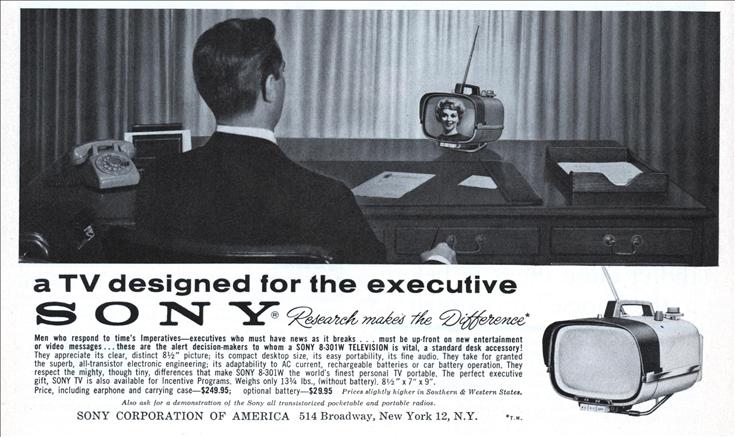 Also ask for a demonstration of the Sony all transistorized pocketable and portable radios.