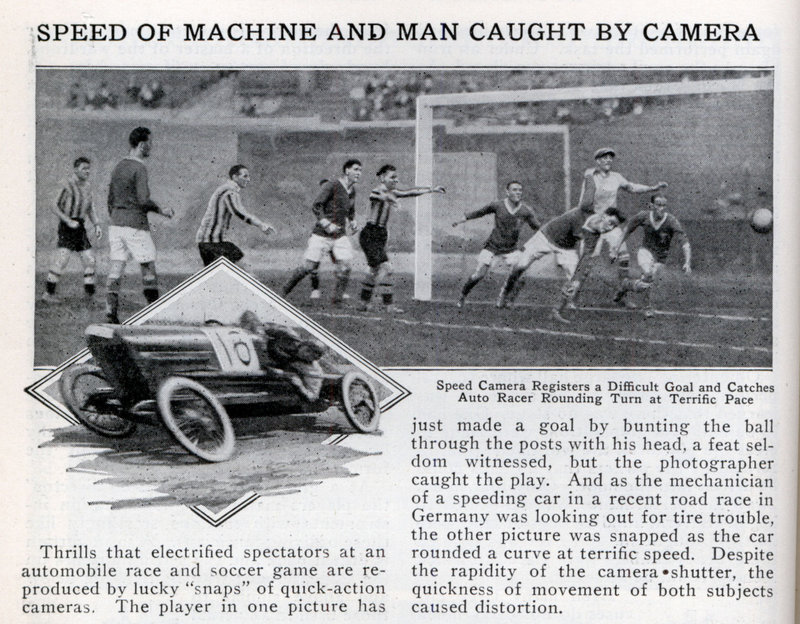 SPEED OF MACHINE AND MAN CAUGHT BY CAMERA

Thrills that electrified spectators at an automobile race and soccer game are reproduced by lucky “snaps” of quick-action cameras. The player in one picture has just made a goal by bunting the ball through the posts with his head, a feat seldom witnessed, but the photographer caught the play. And as the mechanician of a speeding car in a recent road race in Germany was looking out for tire trouble, the other picture was snapped as the car rounded a curve at terrific speed. Despite the rapidity of the camera *shutter, the quickness of movement of both subjects caused distortion.