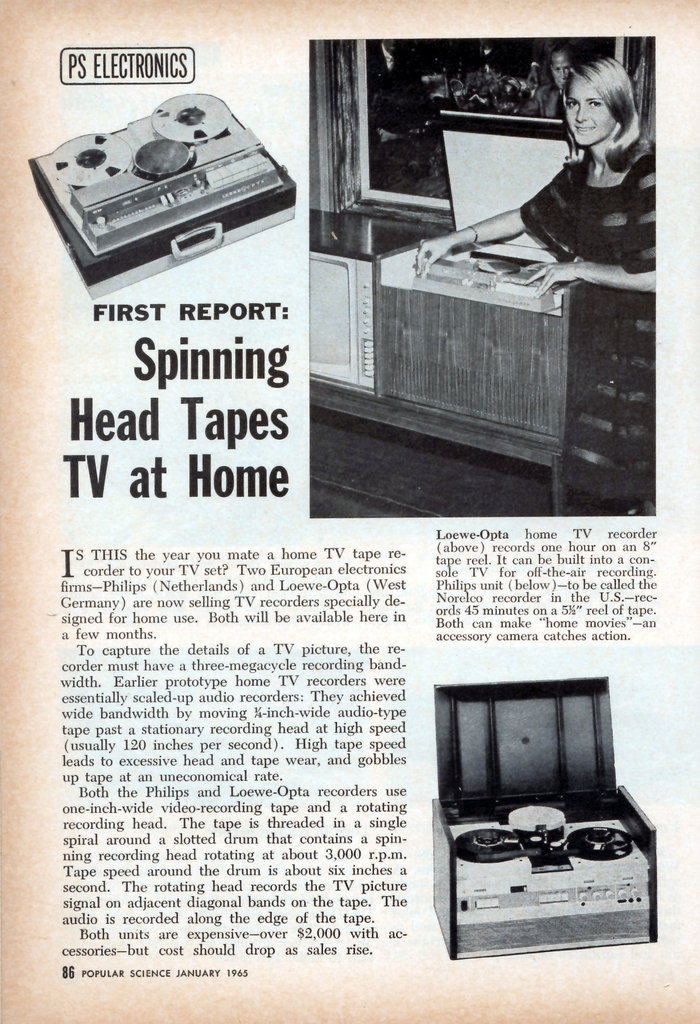 Spinning Head Tapes TV at Home
Is this the year you mate a home TV tape recorder to your TV set? Two European electronics firms – Philips (Netherlands) and Loewe-Opta (West Germany) are now selling TV recorders specially designed for home use. Both will be available here in a few months.

To capture the details of a TV picture, the recorder must have a three-megacycle recording bandwidth. Earlier prototype home TV recorders were essentially scaled-up audio recorders: They achieved wide bandwidth by moving 1/4-inch-wide audio-type tape past a stationary recording head at high speed (usually 120 inches per second). High tape speed leads to excessive head and tape wear, and gobbles up tape at an uneconomical rate.
Both the Philips and Loewe-Opta recorders use one-inch-wide video-recording tape and a rotating recording head. The tape is threaded in a single spiral around a slotted drum that contains a spinning recording head rotating at about 3,000 r.p.m. Tape speed around the drum is about six inches a second. The rotating head records the TV picture signal on adjacent diagonal bands on the tape. The audio is recorded along the edge of the tape.
Both units are expensive-over $2,000 with accessories-but cost should drop as sales rise.