It seems the Army was a bit over optimistic. The first man made object to impact the moon was the Russian probe Luna 2 on September 14, 1959. 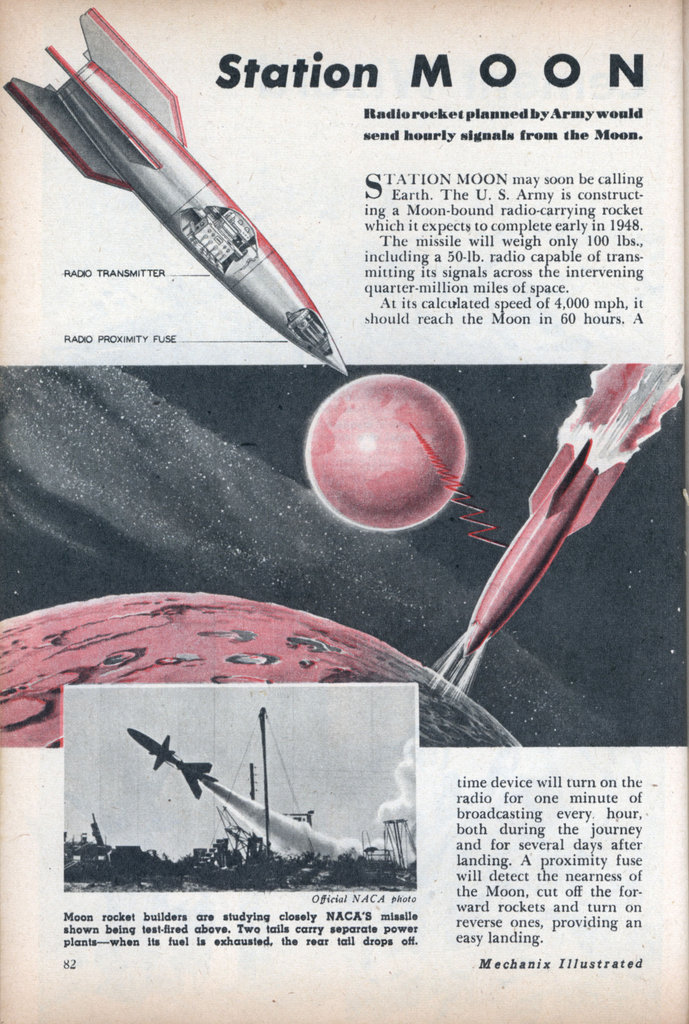 Radio rocket planned by Army would send hourly signals from the Moon.

STATION MOON may soon be calling Earth. The U. S. Army is constructing a Moon-bound radio-carrying rocket which it expects to complete early in 1948.

The missile will weigh only 100 lbs., including a 50-lb. radio capable of transmitting its signals across the intervening quarter-million miles of space.

At its calculated speed of 4,000 mph, it should reach the Moon in 60 hours. A time device will turn on the radio for one minute of broadcasting every hour, both during the journey and for several days after landing. A proximity fuse will detect the nearness of the Moon, cut off the forward rockets and turn on reverse ones, providing an easy landing.