Stencil Is Used to Tan Name or Initials on Bathers’ Skin (Sep, 1929) 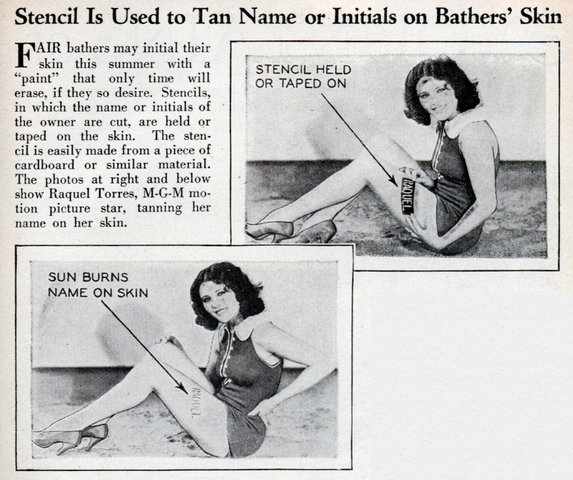 Stencil Is Used to Tan Name or Initials on Bathers’ Skin

FAIR bathers may initial their skin this summer with a “paint” that only time will erase, if they so desire. Stencils, in which the name or initials of the owner are cut, are held or taped on the skin. The stencil is easily made from a piece of cardboard or similar material. The photos at right and below show Raquel Torres, M-G-M motion picture star, tanning her name on her skin.