Mechanix Illustrated
Issue: May, 1954
Posted in: Communications, Impractical
2 Comments on STENO for the BLIND (May, 1954) 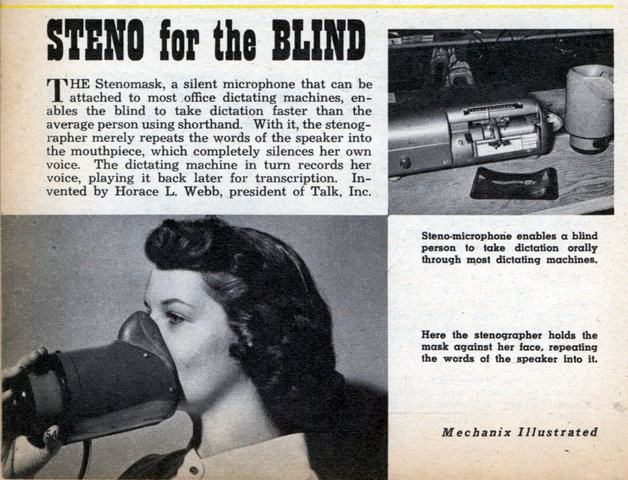 STENO for the BLIND
The Stenomask, a silent microphone that can be attached to most office dictating machines, enables the blind to take dictation faster than the average person using shorthand. With it, the stenographer merely repeats the words of the speaker into the mouthpiece, which completely silences her own voice. The dictating machine in turn records her voice, playing it back later for transcription. Invented by Horace L. Webb, president of Talk, Inc.