Popular Science
Issue: May, 1929
Posted in: Architecture
No Comments on Strange Bridges (May, 1929) 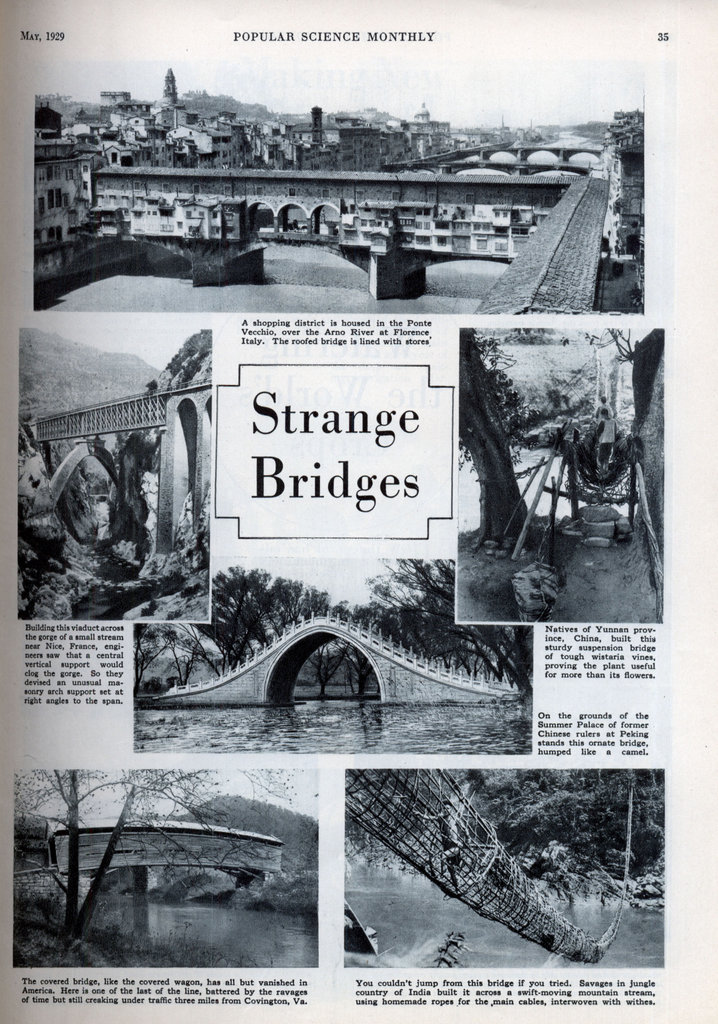 A shopping district is housed in the Ponte Vecchio, over the Arno River at Florence Italy. The roofed bridge is lined with stores’ Building this viaduct across the gorge of a small stream near Nice, France, engineers saw that a central vertical support would clog the gorge. So they devised an unusual masonry arch support set at right angles to the span.

Natives of Yunnan province, China, built this sturdy suspension bridge of tough wistaria vines, proving the plant useful for more than its flowers.

On the grounds of the Summer Palace of former Chinese rulers at Peking stands this ornate bridge, humped like a camel.

The covered bridge, like the covered wagon, has all but vanished in America. Here is one of the last of the line, battered by the ravages of time but still creaking under traffic three miles from Covington, Va.

You couldn’t jump from this bridge if you tried. Savages in jungle country of India built it across a swift-moving mountain stream, using homemade ropes for the main cables, interwoven with withes.