Testing suits for new environments can always be a bit dangerous. Here’s a pretty cool YouTube video of a guy testing a space suit who got exposed to vacuum. (he wasn’t injured) 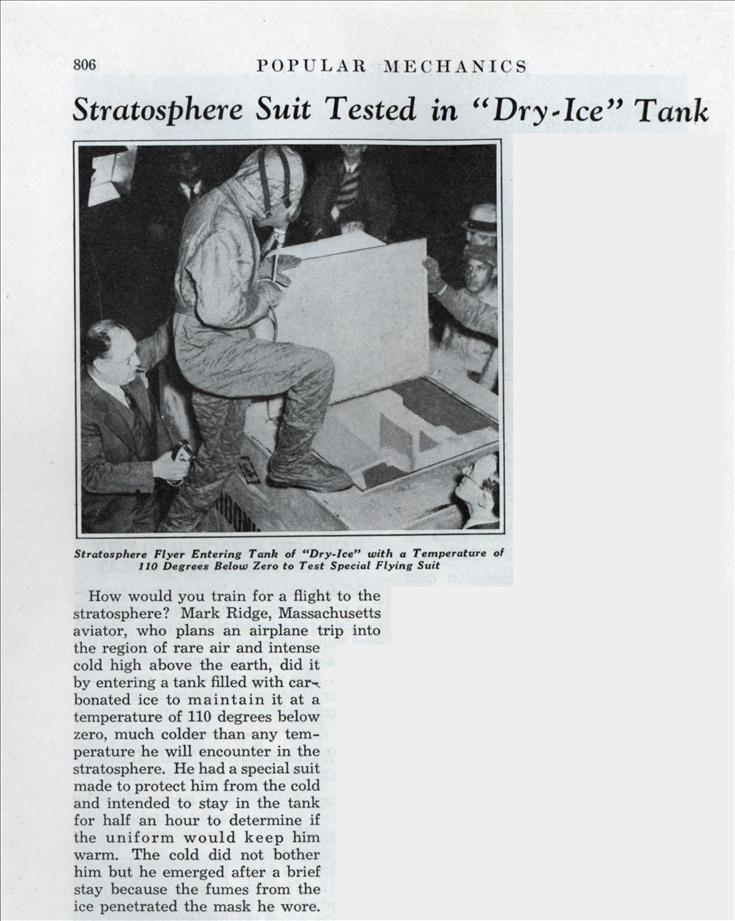 How would you train for a flight to the stratosphere? Mark Ridge, Massachusetts aviator, who plans an airplane trip into the region of rare air and intense cold high above the earth, did it by entering a tank filled with carbonated ice to maintain it at a temperature of 110 degrees below zero, much colder than any temperature he will encounter in the stratosphere. He had a special suit made to protect him from the cold and intended to stay in the tank for half an hour to determine if the uniform would keep him warm. The cold did not bother him but he emerged after a brief stay because the fumes from the ice penetrated the mask he wore.