Science and Mechanics from the 1930’s are such a pain to deal with that I’ve almost given up on them. This is one of the less obnoxious examples but still, you have to go to another page for 2 sentences. 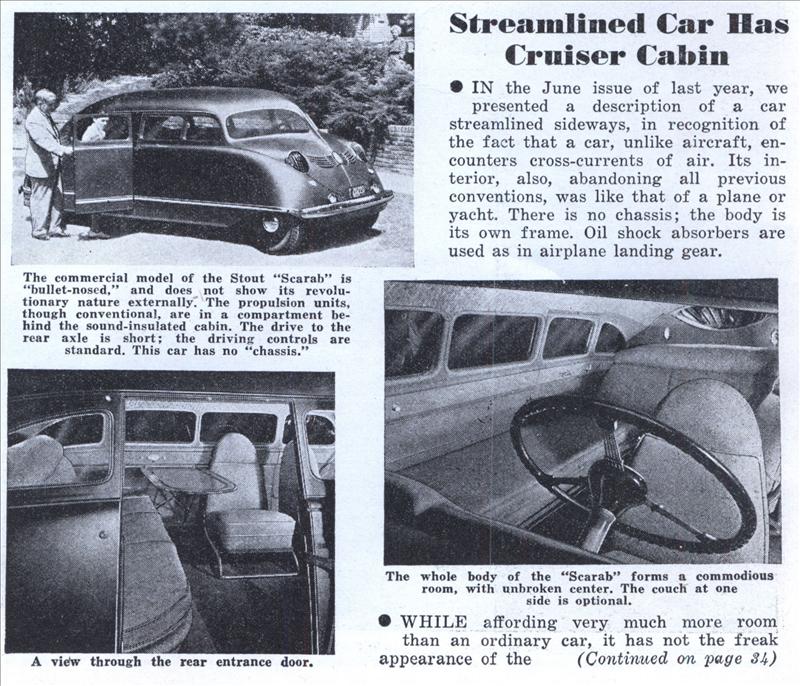 IN the June issue of last year, we presented a description of a car streamlined sideways, in recognition of the fact that a car, unlike aircraft, encounters cross-currents of air. Its interior, also, abandoning all previous conventions, was like that of a plane or yacht. There is no chassis; the body is its own frame. Oil shock absorbers are used as in airplane landing gear.

WHILE affording very much more room than an ordinary car, it has not the freak appearance of the “raindrop” bodies; it weighs less than 2,000 pounds. The commercial model, now on the market in a limited edition, presents advantages over the preliminary design. One of the refinements is electrical door opening by push buttons.