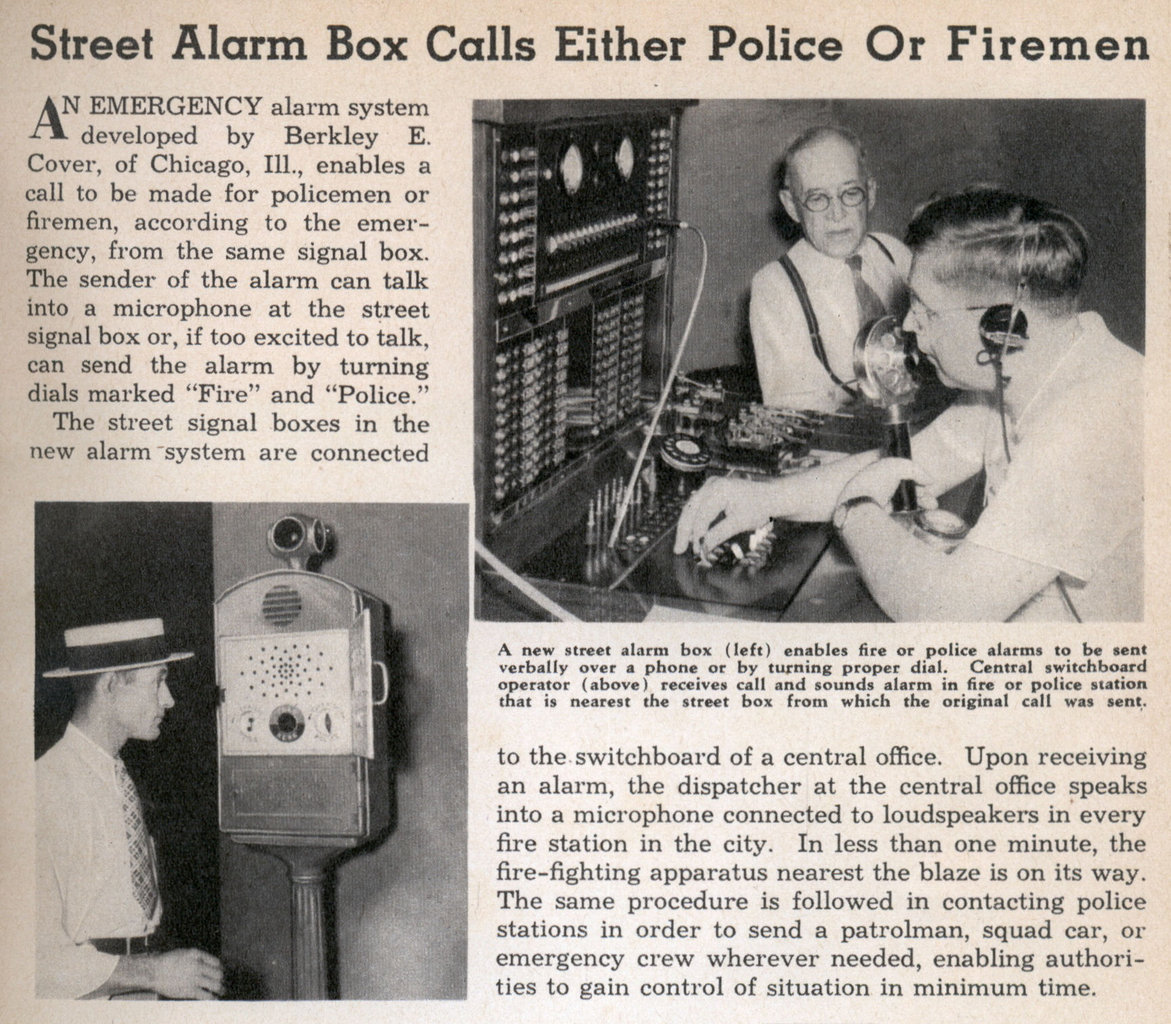 AN EMERGENCY alarm system L developed by Berkley E. Cover, of Chicago, Ill., enables a call to be made for policemen or firemen, according to the emergency, from the same signal box. The sender of the alarm can talk into a microphone at the street signal box or, if too excited to talk, can send the alarm by turning dials marked “Fire” and “Police.”

The street signal boxes in the new alarm system are connected to the switchboard of a central office. Upon receiving an alarm, the dispatcher at the central office speaks into a microphone connected to loudspeakers in every fire station in the city. In less than one minute, the fire-fighting apparatus nearest the blaze is on its way. The same procedure is followed in contacting police stations in order to send a patrolman, squad car, or emergency crew wherever needed, enabling authorities to gain control of situation in minimum time.