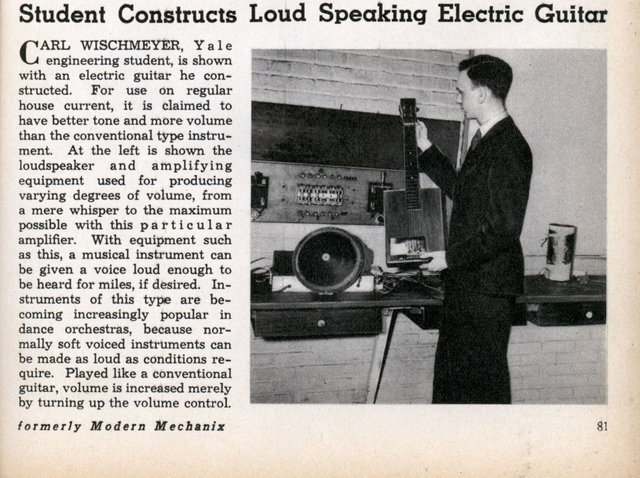 CARL WISCHMEYER, Yale engineering student, is shown with an electric guitar he constructed. For use on regular house current, it is claimed to have better tone and more volume than the conventional type instrument. At the left is shown the loudspeaker and amplifying equipment used for producing varying degrees of volume, from a mere whisper to the maximum possible with this particular amplifier. With equipment such as this, a musical instrument can be given a voice loud enough to be heard for miles, if desired. Instruments of this type are becoming increasingly popular in dance orchestras, because normally soft voiced instruments can be made as loud as conditions require. Played like a conventional guitar, volume is increased merely
by turning up the volume control.