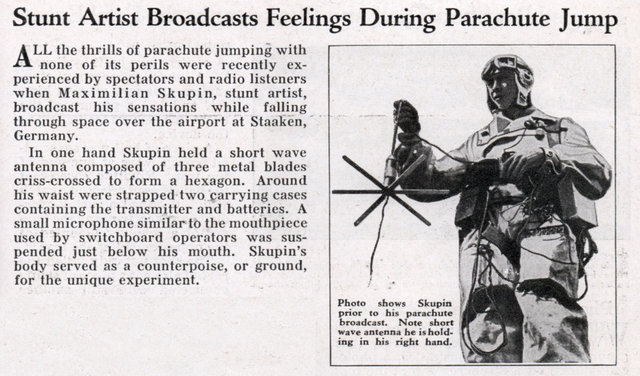 ALL the thrills of parachute jumping with none of its perils were recently experienced by spectators and radio listeners when Maximilian Skupin, stunt artist, broadcast his sensations while falling through space over the airport at Staaken, Germany.

In one hand Skupin held a short wave antenna composed of three metal blades criss-crossed to form a hexagon. Around his waist were strapped two carrying cases containing the transmitter and batteries. A small microphone similar to the mouthpiece used by switchboard operators was suspended just below his mouth. Skupin’s body served as a counterpoise, or ground, for the unique experiment.