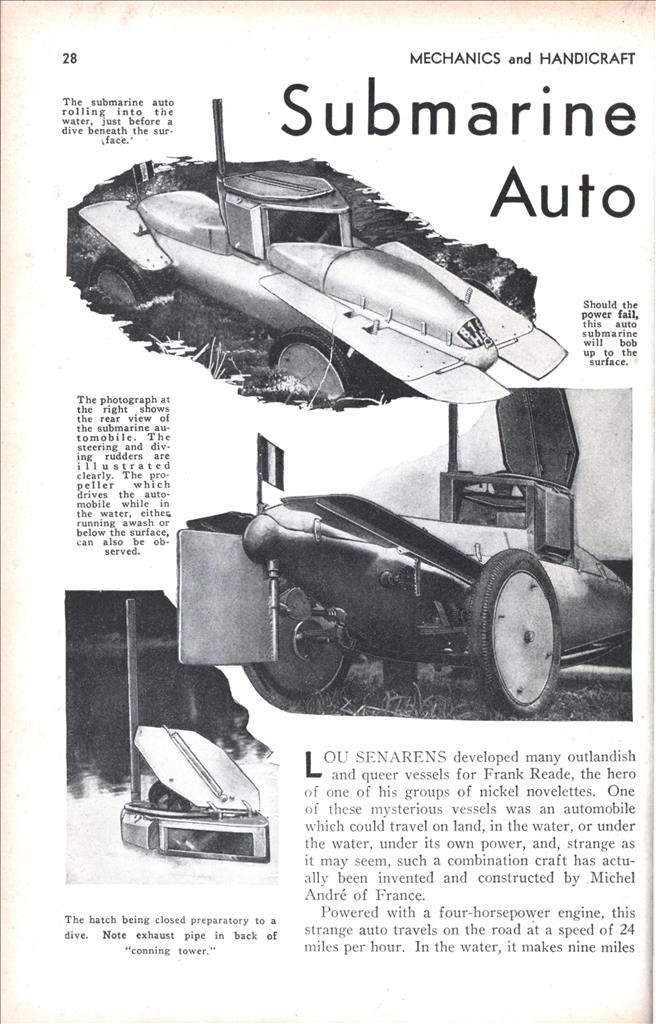 LOU SENARENS developed many outlandish and queer vessels for Frank Reade, the hero of one of his groups of nickel novelettes. One of these mysterious vessels was an automobile which could travel on land, in the water, or under the water, under its own power, and, strange as it may seem, such a combination craft has actually been invented and constructed by Michel Andre of France.

Powered with a four-horsepower engine, this strange auto travels on the road at a speed of 24 miles per hour. In the water, it makes nine miles per hour. The power is then applied to the propeller instead of to the wheels. Under the water the average speed ii approximately six miles per hour. The photos on this page show the craft on the road, in and under the water. It will be observed that the exhaust gases of the engine pass out through a long vertical pipe which projects above the water line. The car is self-buoyant and can dive only when the elevating rudders are depressed; thus, should the power suddenly fail, the car would naturally bob up to the surface. No water ballast is used. Because the engine uses quite a bit- of oxygen, the craft cannot stay under the water very long but, by the addition of bottles of compressed gas or air, this submergence period can be greatly lengthened. Such combinations should be of incalculable value in the next war.