I’m terrified of a “mental contagion of ideas”. 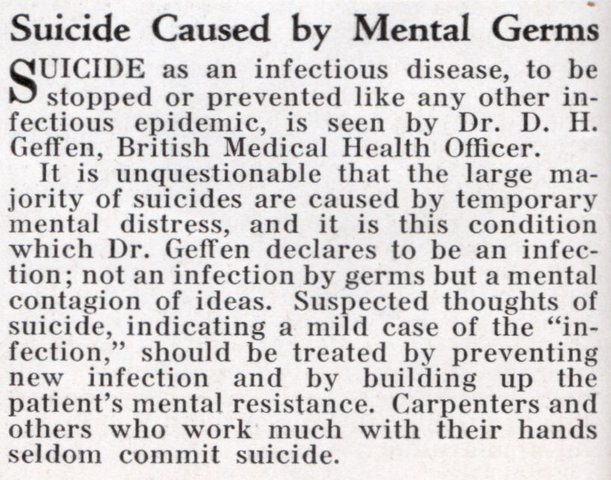 SUICIDE as an infectious disease, to be stopped or prevented like any other infectious epidemic, is seen by Dr. D. H. Geffen, British Medical Health Officer.

It is unquestionable that the large majority of suicides are caused by temporary mental distress, and it is this condition which Dr. GefTen declares to be an infection; not an infection by germs but a mental contagion of ideas. Suspected thoughts of suicide, indicating a mild case of the “infection, ” should be treated by preventing new infection and by building up the patient’s mental resistance. Carpenters and others who work much with their hands seldom commit suicide.