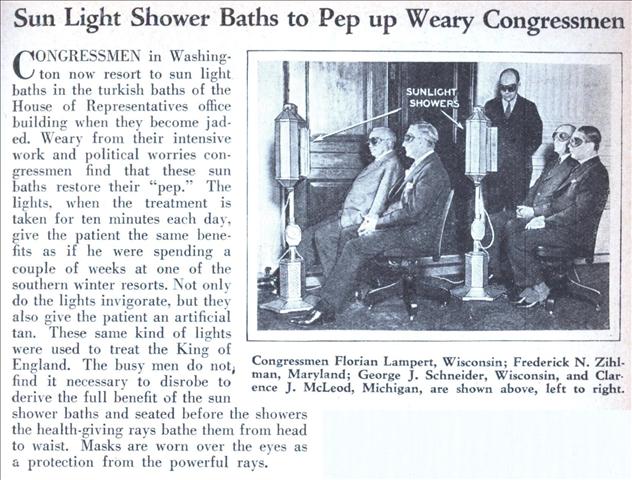 CONGRESSMEN in Washington now resort to sun light baths in the turkish baths of the House of Representatives office building when they become jaded. Weary from their intensive work and political worries congressmen find that these sun baths restore their “pep.” The lights, when the treatment is taken for ten minutes each day, give the patient the same benefits as if he were spending a couple of weeks at one of the southern winter resorts. Not only do the lights invigorate, but they also give the patient an artificial tan. These same kind of lights were used to treat the King of England. The busy men do not; find it necessary to disrobe to derive the full benefit of the sun shower baths and seated before the showers the health-giving rays bathe them from head to waist. Masks are worn over the eyes as a protection from the powerful rays.