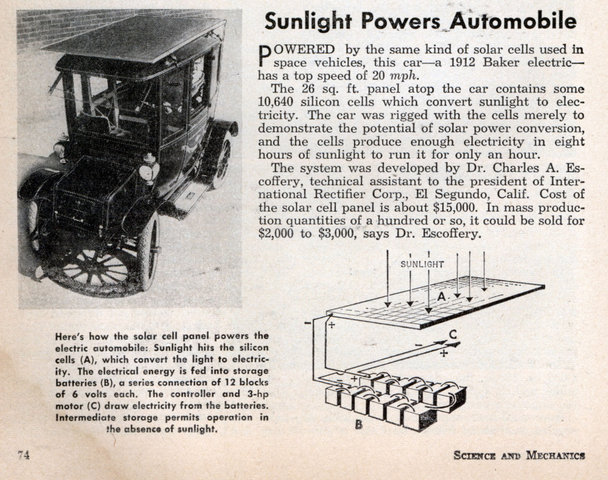 Sunlight Powers Automobile
POWERED by the same kind of solar cells used in space vehicles, this carâ€”a 1912 Baker electricâ€” has a top speed of 20 mph.

The 26 sq. ft. panel atop the car contains some 10,640 silicon cells which convert sunlight to electricity. The car was rigged with the cells merely to demonstrate the potential of solar power conversion, and the cells produce enough electricity in eight hours of sunlight to run it for only an hour.

The system was developed by Dr. Charles A. Es-coffery, technical assistant to the president of International Rectifier Corp., El Segundo, Calif. Cost of the solar cell panel is about $15,000. In mass production quantities of a hundred or so, it could be sold for $2,000 to $3,000, says Dr. Escoffery.