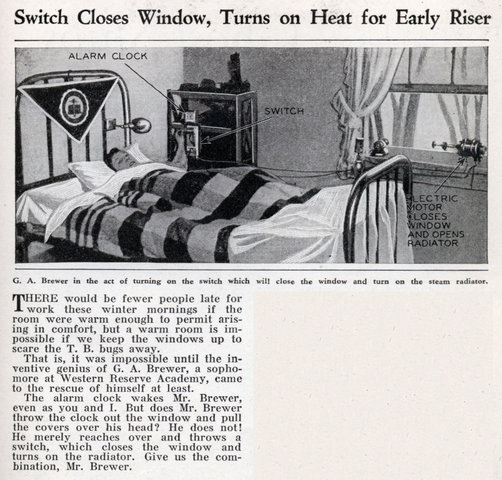 THERE would be fewer people late for work these winter mornings if the room were warm enough to permit arising in comfort, but a warm room is impossible if we keep the windows up to scare the T. B. bugs away.

That is, it was impossible until the inventive genius of G. A. Brewer, a sophomore at Western Reserve Academy, came to the rescue of himself at least.

The alarm clock wakes Mr. Brewer, even as you and I. But does Mr. Brewer throw the clock out the window and pull the covers over his head? He does not! He merely reaches over and throws a switch, which closes the window and turns on the radiator. Give us the combination, Mr. Brewer.