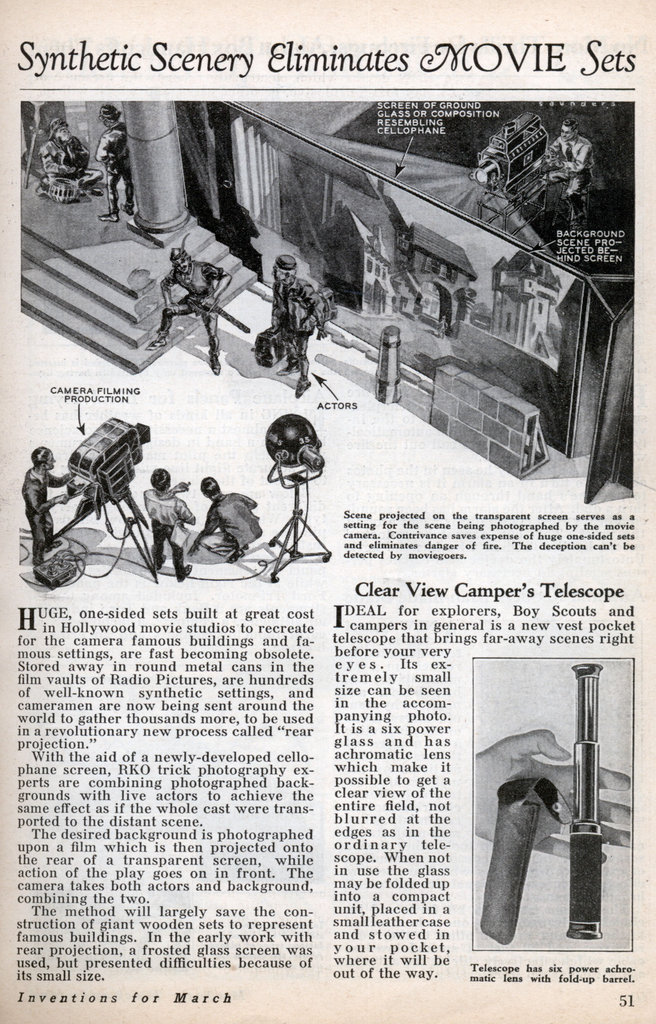 Synthetic Scenery Eliminates Movie Sets
HUGE, one-sided sets built at great cost in Hollywood movie studios to recreate for the camera famous buildings and famous settings, are fast becoming obsolete. Stored away in round metal cans in the film vaults of Radio Pictures, are hundreds of well-known synthetic settings, and cameramen are now being sent around the world to gather thousands more, to be used in a revolutionary new process called “rear projection.”

With the aid of a newly-developed cellophane screen, RKO trick photography experts are combining photographed backgrounds with live actors to achieve the same effect as if the whole cast were transported to the distant scene.
The desired background is photographed upon a film which is then projected onto the rear of a transparent screen, while action of the play goes on in front. The camera takes both actors and background, combining the two.
The method will largely save the construction of giant wooden sets to represent famous buildings. In the early work with rear projection, a frosted glass screen was used, but presented difficulties because of its small size.