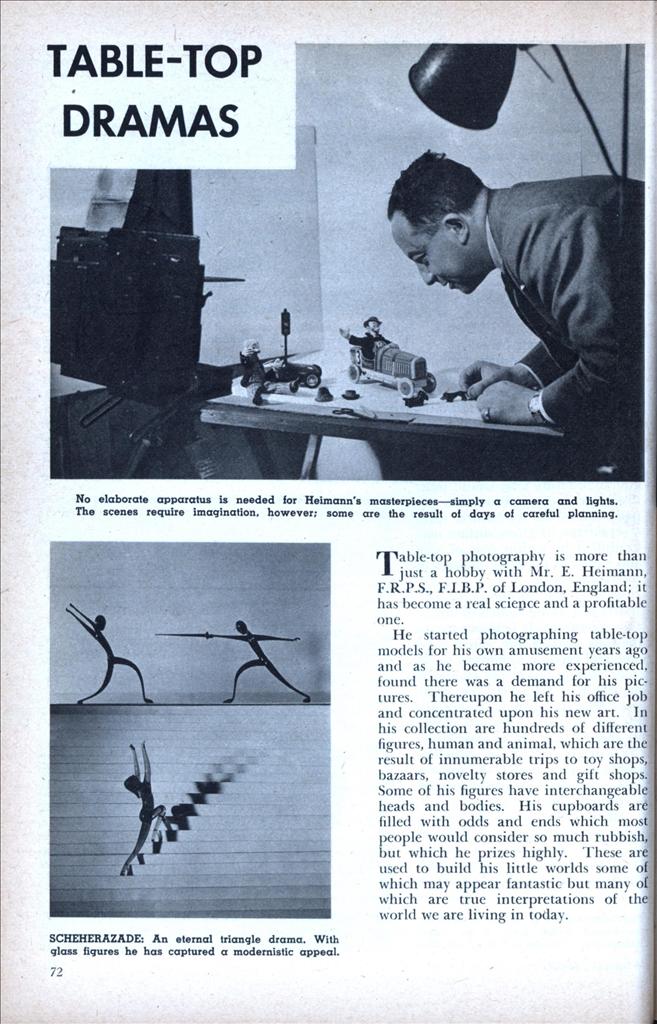 Table-top photography is more than just a hobby with Mr. E. Heimann, F.R.P.S., F.I.B.P. of London, England; it has become a real science and a profitable one.

He started photographing table-top models for his own amusement years ago and as he became more experienced, found there was a demand for his pictures. Thereupon he left his office job and concentrated upon his new art. In his collection are hundreds of different figures, human and animal, which are the result of innumerable trips to toy shops, bazaars, novelty stores and gift shops. Some of his figures have interchangeable heads and bodies. His cupboards are filled with odds and ends which most people would consider so much rubbish, but which he prizes highly. These are used to build his little worlds some of which may appear fantastic but many of which are true interpretations of the world we are living in today.