It’s about time someone took a stand against those vicious killer turtles! Everyone knows what happens when you let them get out of control. 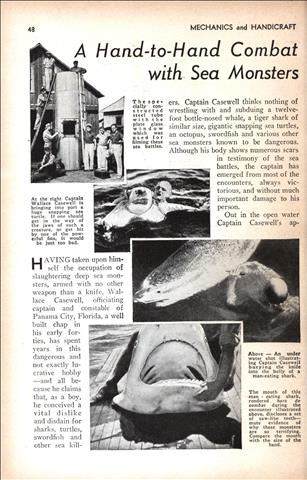 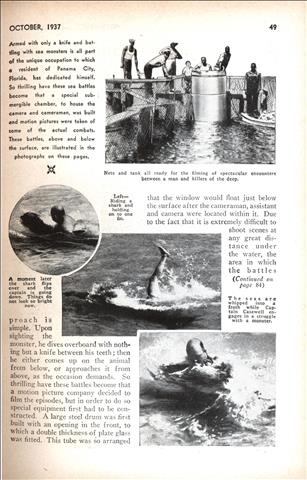 A Hand-to-Hand Combat with Sea Monsters

HAVING taken upon himself the occupation of slaughtering deep sea monsters, armed with no other weapon than a knife, Wallace Casewell, officiating captain and constable of Panama City, Florida, a well built chap in his early forties, has spent years in this dangerous and not exactly lucrative hobby —and all because he claims that, as a boy, he conceived a vital dislike and disdain for sharks, turtles, swordfish and other sea killers.