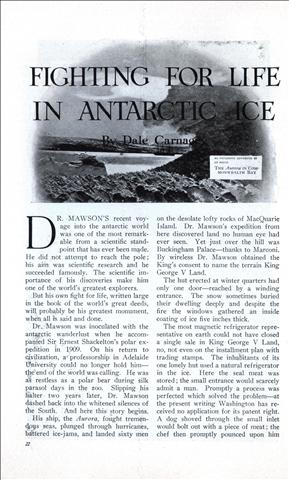 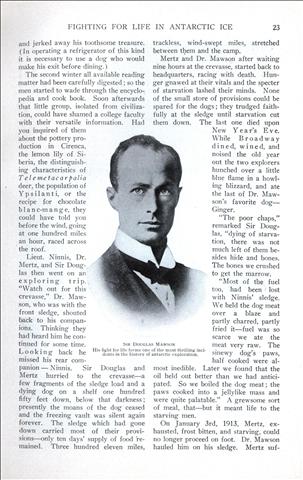 FIGHTING FOR LIFE IN ANTARCTIC ICE

R. MAWSON’S recent voyage into the antarctic world was one of the most remarkable from a scientific standpoint that has ever been made. He did not attempt to reach the pole; his aim was scientific research and he succeeded famously. The scientific importance of his discoveries make him one of the world’s greatest explorers.