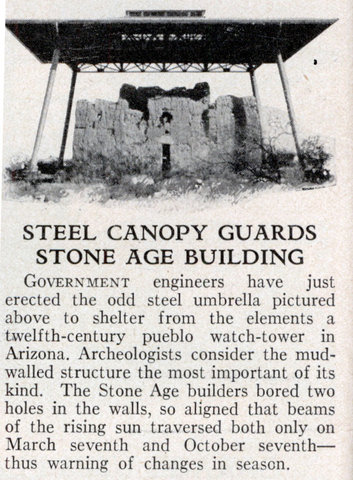 Government engineers have just erected the odd steel umbrella pictured above to shelter from the elements a twelfth-century pueblo watch-tower in Arizona. Archeologists consider the mud-walled structure the most important of its kind. The Stone Age builders bored two holes in the walls, so aligned that beams of the rising sun traversed both only on March seventh and October seventh— thus warning of changes in season. 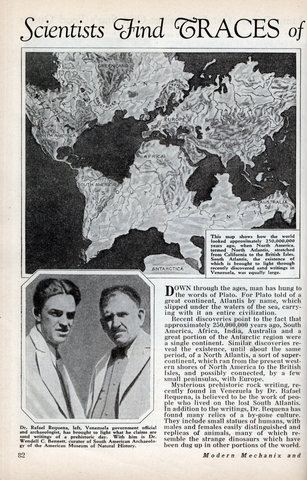 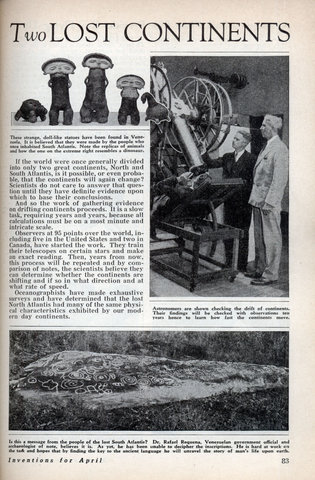 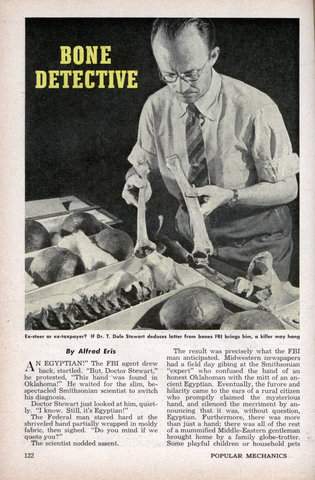 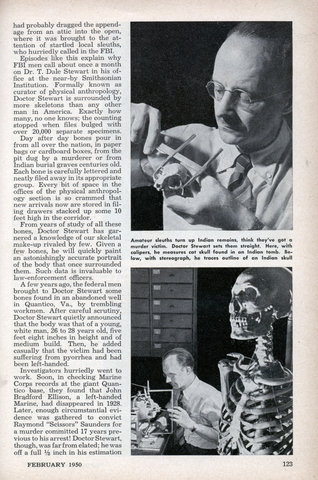 AN EGYPTIAN!” The FBI agent drew back, startled. “But, Doctor Stewart,” he protested, “This hand was found in Oklahoma!” He waited for the slim, bespectacled Smithsonian scientist to switch his diagnosis.

The Federal man stared hard at the shriveled hand partially wrapped in moldy fabric, then sighed. “Do you mind if we quote you?”

The result was precisely what the FBI man anticipated. Midwestern newspapers had a field day gibing at the Smithsonian “expert” who confused the hand of an honest Oklahoman with the mitt of an ancient Egyptian. Eventually, the furore and hilarity came to the ears of a rural citizen who promptly claimed the mysterious hand, and silenced the merriment by announcing that it was, without question, Egyptian. Furthermore, there was more than just a hand; there was all of the rest of a mummified Middle-Eastern gentleman brought home by a family globe-trotter. Some playful children or household pets had probably dragged the appendage from an attic into the open, where it was brought to the attention of startled local sleuths, who hurriedly called in the FBI.