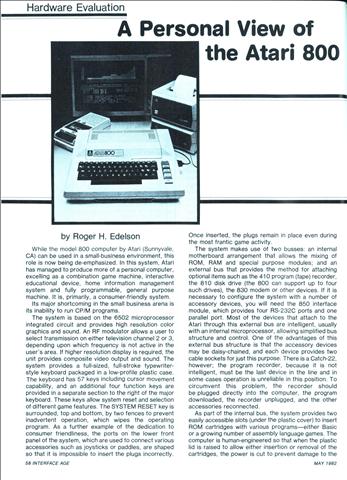 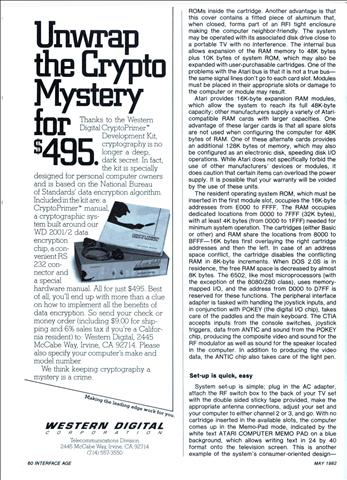 A Personal View of the Atari 800

While the model 800 computer by Atari (Sunnyvale, CA) can be used in a small-business environment, this role is now being de-emphasized. In this system, Atari has managed to produce more of a personal computer, excelling as a combination game machine, interactive educational device, home information management system and fully programmable, general purpose machine. It is, primarily, a consumer-friendly system.

Popular Science
Issue: May, 1980
Posted in: Computers
Tags: Atari, Texas Instruments
10 Comments on Three new home computers that teach themselves – and teach you how to use them (May, 1980)

Three new home computers that teach themselves – and teach you how to use them (May, 1980)

Remember: You haven’t lived until your home computer says “hello” and asks you to “please enter a number.” 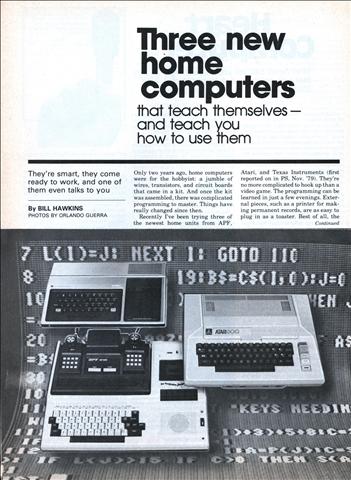 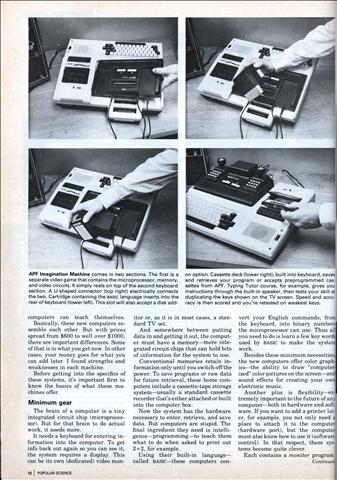 They’re smart, they come ready to work, and one of them even talks to you

Only two years ago, home computers were for the hobbyist: a jumble of wires, transistors, and circuit boards that came in a kit. And once the kit was assembled, there was complicated programming to master. Things have really changed since then.

Recently I’ve been trying three of the newest home units from APF, Atari, and Texas Instruments (first reported on in PS, Nov. ’79). They’re no more complicated to hook up than a video game. The programming can be learned in just a few evenings. External pieces, such as a printer for making permanent records, are as easy to plug in as a toaster. Best of all, the computers can teach themselves. 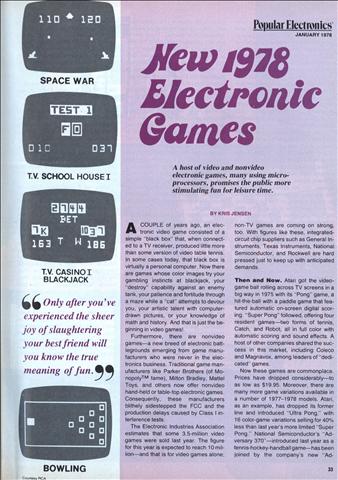 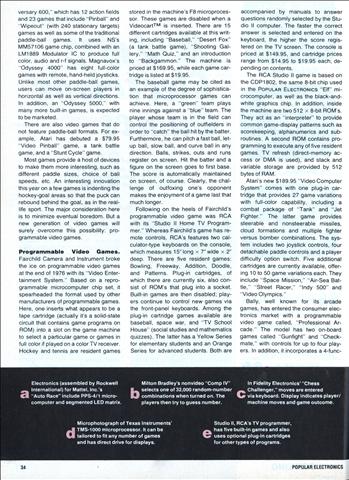 A host of video and nonvideo electronic games, many using microprocessors, promises the public more stimulating fun for leisure time.

A COUPLE of years ago, an electronic video game consisted of a simple “black box” that, when connected to a TV receiver, produced little more than some version of video table tennis. In some cases today, that black box is virtually a personal computer. Now there are games whose color images try your gambling instincts at blackjack, your “destroy” capability against an enemy tank, your patience and fortitude through a maze while a “cat” attempts to devour you, your artistic talent with computer-drawn pictures, or your knowledge of math and history. And that is just the beginning in video games!