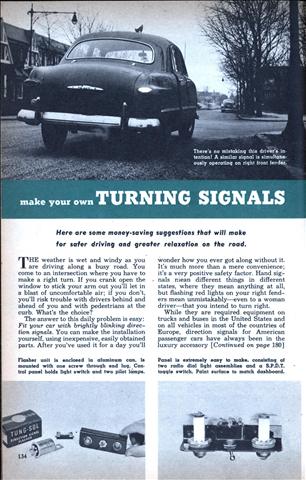 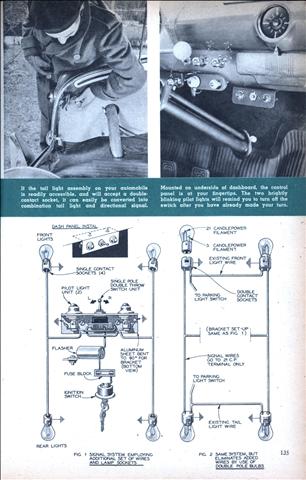 make your own TURNING SIGNALS

Here are some money-saving suggestions that will make for safer driving and greater relaxation on the road.

THE weather is wet and windy as you are driving along a busy road. You come to an intersection where you have to make a right turn. If you crank open the window to stick your arm out you’ll let in a blast of uncomfortable air; if you don’t, you’ll risk trouble with drivers behind and ahead of you and with pedestrians at the curb. What’s the choice? 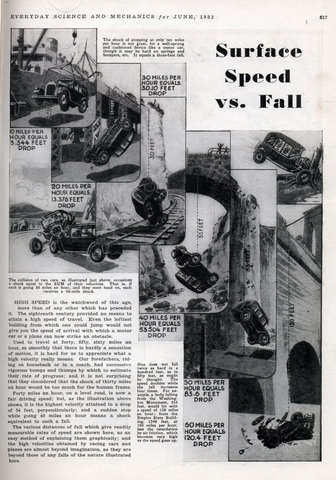 HIGH SPEED is the watchword of this age, more than of any other which has preceded it. The eighteenth century provided no means to attain a high speed of travel. Even the loftiest building from which one could jump would not give you the speed of arrival with which a motor car or a plane can now strike an obstacle. 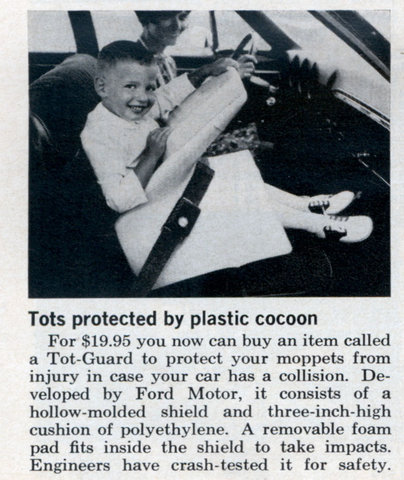 For $19.95 you now can buy an item called a Tot-Guard to protect your moppets from injury in case your car has a collision. Developed by Ford Motor, it consists of a hollow-molded shield and three-inch-high cushion of polyethylene. A removable foam pad fits inside the shield to take impacts. Engineers have crash-tested it for safety. 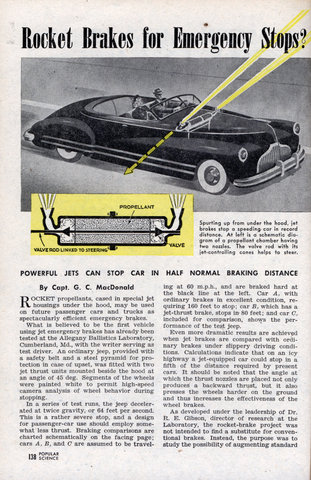 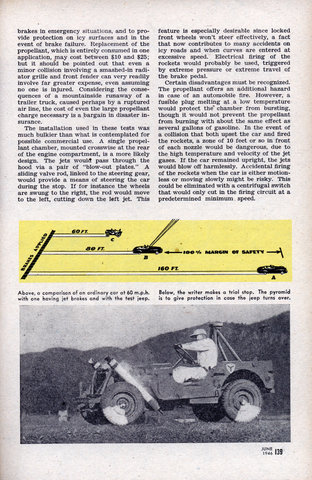 POWERFUL JETS CAN STOP CAR IN HALF NORMAL BRAKING DISTANCE

ROCKET propellants, cased in special jet housings under the hood, may be used on future passenger cars and trucks as spectacularly efficient emergency brakes.

What is believed to be the first vehicle using jet emergency brakes has already been tested at the Allegany Ballistics Laboratory, Cumberland, Md., with the writer serving as test driver. An ordinary jeep, provided with a safety belt and a steel pyramid for protection in case of upset, was fitted with two jet thrust units mounted beside the hood at an angle of 45 deg. Segments of the wheels were painted white to permit high-speed camera analysis of wheel behavior during stopping. 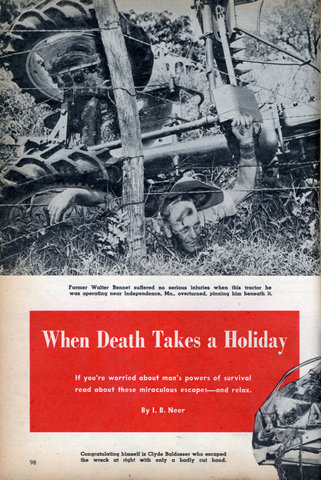 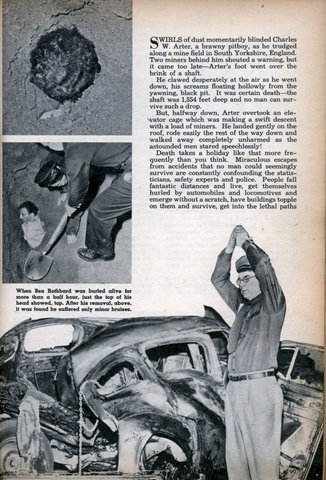 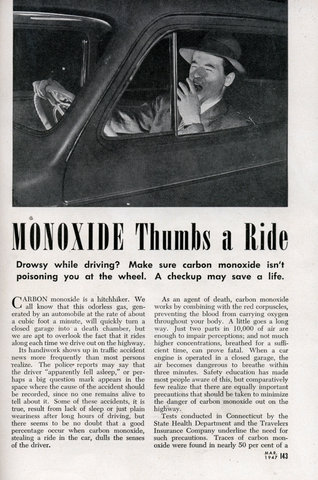 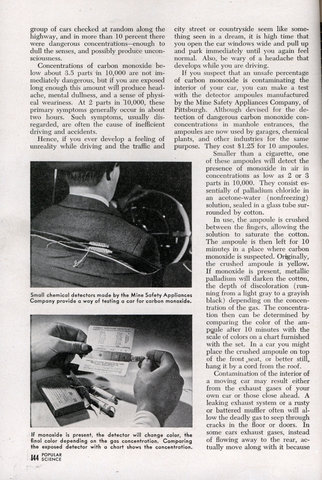 Drowsy while driving? Make sure carbon monoxide isn’t poisoning you at the wheel. A checkup may save a life.

CARBON monoxide is a hitchhiker. We all know that this odorless gas, generated by an automobile at the rate of about a cubic foot a minute, will quickly turn a closed garage into a death chamber, but we are apt to overlook the fact that it rides along each time we drive out on the highway. Its handiwork shows up in traffic accident news more frequently than most persons “realize. The police* reports may say that the driver “apparently fell asleep,” or perhaps a big question mark appears in the space where the cause of the accident should be recorded, since no one remains alive to tell about it.

Popular Science
Issue: May, 1968
Posted in: General
Tags: auto safety
No Comments on Early Airbags (May, 1968) 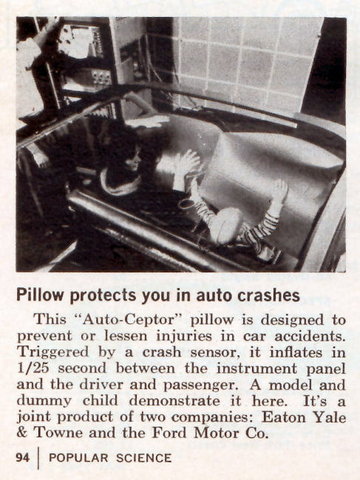 Pillow protects you in auto crashes
This “Auto-Ceptor” pillow is designed to prevent or lessen injuries in car accidents. Triggered by a crash sensor. it inflates in 1/25 second between the instrument panel and the driver and passenger. A model and dummy child demonstrate it here. It’s a joint product of two companies: Eaton Yale & Towne and the Ford Motor Co.